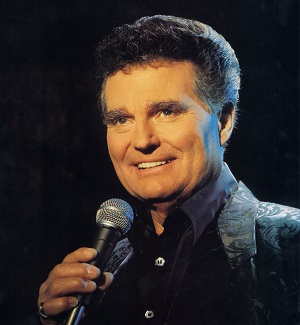 Leroy Van Dyke first gained notoriety in 1956 with his breakout, smash-hit “Auctioneer.” The self-penned record went a million-plus a week after its release, and is still popping up in places 61 years later. An excerpted version of the recording is the track to Subway’s latest television ad campaign. Click here to catch the commercial proudly boasting the fast-talking tune.

“I was totally surprised to learn that Subway was using Auctioneer in their television ad campaign. Our thanks to Subway… we’re having a lot of fun with it!”

Van Dyke went to auction school between his junior and senior year of college after being inspired by his cousin, Ray Simms. The track was written while he was serving as a Special Agent, US Army Counterintelligence Corps in Korea in 1953 and is a tribute to Sims.

The song rose to fame when Van Dyke entered a talent contest simulcast on WGN radio and TV in Chicago while working in the advertising department for a chain of livestock newspapers. He placed third, ironically enough, but the phones were ringing before he even left the studio. Within two weeks he had the track recorded and had sold one million records in just three months.

Van Dyke recently celebrated the 55th Anniversary since his induction into the world-renowned Grand Ole Opry with a performance at Opry’s Country Classics at Ryman Auditorium on October 19.

About Leroy Van Dyke:
Leroy Van Dyke of “Auctioneer” and “Walk On By” fame is known around the world as an entertainer, recording artist, radio and television star, auctioneer and veteran of the Las Vegas circuit. He has recorded more than 500 songs. Van Dyke has performed an estimated 3,500 shows at agricultural events, including fairs and livestock events, in addition to a great variety of engagements. In his six decades of performances, he has never missed a show. For more information, please go to www.leroyvandyke.com.