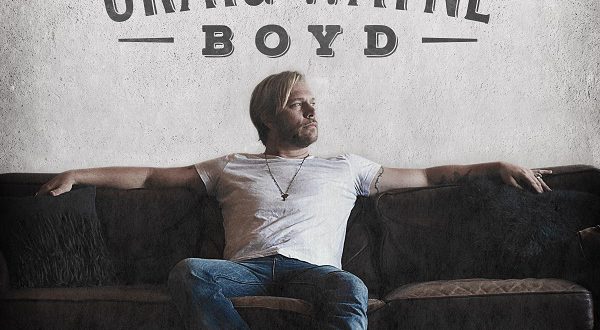 Craig Wayne Boyd is releasing his first full-length album, Top Shelf, as he gears up for appearances on Hallmark’s Home & Family, Access Hollywood, Fox NewsEdge, Fox 411 and MORE. Fans have been eagerly awaiting the release of Top Shelf since Boyd’s victory on NBC’s “The Voice,” and now they can finally purchase it HERE.

During his rise to fame after winning Season 7 of NBC’s “The Voice,” Boyd’s “My Baby’s Got A Smile on Her Face” debuted at No. 1 on Billboard’s Hot Country Songs chart, becoming the second song (following Garth Brooks’ “More Than A Memory”) to achieve that level of chart success.

After his victory on “The Voice,” Boyd did not rush into turning out an album quickly, but instead approached the making of his album by ensuring each song was Top Shelf quality. Boyd and producer Will Edwards went through thousands of demos before compiling the 13 unique tracks on Top Shelf.

Millions of Americans watched the Texas native’s journey on “The Voice,” but for Boyd, that was only one chapter in a long journey that resulted in the release of an album that is a celebration of heartbreak, the sweet pain of love, and the comfort of faith’s embrace.

“This album has been a labor of love,” said Boyd. “We started the album shortly after coming off of “The Voice” but did not find a home for it until earlier this year. A lot of life has been lived at that point, so I wanted to go back in the studio and record a few more so that the album reflected where I am in life right now. I feel that this album is now reflective of my life and the happiness that I have found in it!”

Reviewers are already hailing Top Shelf as well worth the wait:

Craig’s evolution as an artist on ‘Top Shelf ‘is both impressive and explosive as he draws from multiple influences to create an album that is eclectic, fun, and full of surprises that will keep listeners wanting to guess what’s next!” – Amanda Walsh, TBK Magazine

“Craig Wayne Boyd has released a charming new studio album with ‘Top Shelf.’ All of the songs on there are refreshing and distinct, and they all have their own identities. He manages to connect directly with the hearts of his listeners. Well done!” – Markos Papadatos, Digital Journal