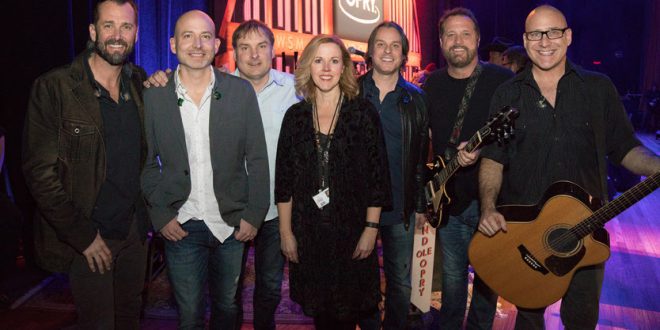 Sister Hazel Releases New EP, Water, and Celebrates Grand Ole Opry Debut
Announces 2018 “Roll on Bye” Tour Including Hazelnut Hang Festival and Tortuga Music Festival
Platinum-selling band, Sister Hazel, achieved a career dream as they made their debut on the most revered stage in country music, the Grand Ole Opry, on Friday, January 26. The performance gave fans a peek of their new EP,Water, out February 9, 2018. The six-track EP is Volume I of a collectible compilation series titled, “Elements,” and includes a bonus seventh track that will continue throughout the series. Water was produced by Sister Hazel and includes writer contributions from Billy Montana, Michael Logen, Neil Carpenter, and more.
The water element is symbolically often viewed as the source of life and reflection. In the powerful track “You Won’t See Me Again,” co-written by Andrew Copeland, singer and guitarist for the band, he addresses heartbreaking emotions and distress about his own brother-in-law’s fight with alcohol addiction. The emotional delivery of the lyrics by lead vocalist Ken Block came easily and honestly as he is in his 15th year of recovery from alcohol and drug addiction. The loss of his own younger brother-in-law law earlier this year, after a lifelong struggle with this horrible disease, added to the sense of desperation, urgency, and finally hope that this powerful track holds.
“Water” Tracklist:
1. “Roll On Bye”
2. “First Time”
3. “You Won’t See Me Again”
4. “Shelter”
5. “I Stayed For The Girl”
6. “More Than I Want To”
7. “Elements” Part 1 (Abilene) 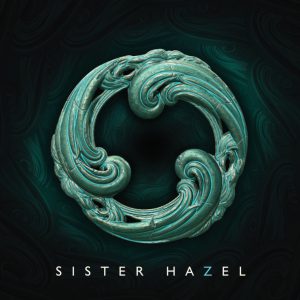 To celebrate the release of their new EP, Sister Hazel, has announced their “Roll On Bye” Tour, which included a sold out 18th year hosting The Rock Boat cruise in January followed by the Tortuga Music Festival and their own Hazelnut Hang Festival. Please see below for full tour details.
“Roll On Bye” Tour Dates:
02.22.18 – Delmar Hall – Saint Louis, MO
02.23.18 – Bloomington Center for the Performing Arts – Bloomington, IL
02.24.18 – The Vogue – Indianapolis, IN
02.25.18 – City Winery – Nashville, TN
03.02.18 – Cox Capitol Theatre – Macon, GA
03.03.18 – Busch Gardens Tampa Bay Food & Wine – Tampa, FL
03.09.18 – The Country Club – Augusta, GA
04.06.18 – 04.08.18  – Tortuga Music Festival – Ft. Lauderdale, FL
04.27.18 – The Bluff – Memphis, TN
04.28.18 – Chicago, IL – Joe’s on Weed
05.26.18 – Timberwood Amphitheater – Hot Springs, AR
06.01.18 – 06.03.18 – Hazelnut Hang Festival – Isle Of Palms, SC
06.09.18 – The Shed at Smoky Mountain Harley-Davidson – Maryville, TN
More Dates To Be Announced…
About Sister Hazel:
Originating from Gainesville, FL, Sister Hazel is comprised of five gifted, seasoned musicians whose well-spring of natural talent has been called “one of the Top 100 Most Influential Independent Performers of the last 15 years” by Performing Songwriter Magazine. Song “All for You” topped the adult alternative charts during the summer of 1997 and the success propelled their album to platinum status. In their first showing on the country music charts they made a strong debut with Lighter In The Dark at #4 on Billboard’s Top Country Albums chart, #6 on Billboard’s Independent Albums chart, #30 on Billboard’s Top Current Albums chart and #79 on the Billboard 200 album chart. The band landed on Billboard’s Top Country Albums Chart again in 2016 with Unplugged From Daryl’s House Club at #75. Living up to their fan-centered reputation, the band hosts annual events like “Hazelnut Hang,” that focuses on fan involvement and was a pioneer in themed cruise experiences by co-founding “The Rock Boat,” a cruise featuring nonstop opportunities for fan/artist interaction. Sister Hazel has been equally attentive to connecting with their audience through social media. In addition to the events and touring, the band also gives back with Lyrics For Life. Founded by singer Ken Block and the band, the charity unites musicians and celebrities for concerts and auctions to benefit cancer research and patient-care charities.