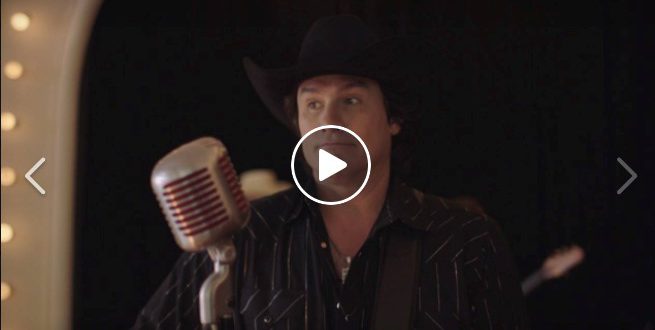 Sir Mix A Lot Has Teamed Up With Joe Nichols

Twenty-five years after becoming an iconic part of pop culture, legendary rapper and producer, SIR MIX A LOT, has teamed up with 4-time Grammy nominee JOE NICHOLS on a countrified collaboration video for his multi-platinum hit, “Baby Got Back.” Premiering Monday night (7/31), the video quickly racked up more than one million views and 20k shares in less than 24 hours on Joe’s Facebook page and was later picked up by viral news outlet BuzzFeed, driving the clip to nearly two million views overnight. Watch the video at http://smarturl.it/BABYGOTBACKFB.

Found on his newly released album, Never Gets Old, Nichols has been covering “Baby Got Back” in concert for several years.

“I pranked my band a few years ago by breaking into the song in one of my concerts and they just kicked right in there with me,” shared Joe. “The crowd loved it and we were shocked that we pulled it off. It’s very Country with big ol’ steel guitar and it became a thing so we started making it part of our shows. Of course I had to cut it for Never Gets Old and when Mix agreed to be in the music video I was freaking out.”

Joe travelled to Mix’s hometown of Seattle, WA a few weeks ago to shoot the video at the city’s historic Washington Hall. Directed by Brian Lazarro, the classic Country meets 90’s rap collaboration was kept under wraps until Monday night when the video released to Joe’s Facebook page. In the 25-year history of the song, this is the first appearance by Mix in a remake video.

“After hearing about Joe doing BGB live, I’ve had little spies at his shows ever since and people seem to love when he performs it every single night,” said Sir Mix A Lot. “Honestly, I didn’t think he would ever release it…but BAM…he did it. Then we received a call asking about us getting in the video which was cool but, it was really Joe himself who won me over by not only respecting the artistic integrity of the song but, NOT trying to rap on the song. He truly made a whole new song of it and in my opinion he never abandoned his Country roots.”

Download and stream Joe Nichols’ new album — Never Gets Old ­— including “Baby Got Back,” HERE. Drawing from Country tradition in its truest form, the album reflects a timeless sound and features songwriter heavyweights Chris Stapleton, Zach Crowell, and Shane Minor. Standout tracks include the soaring tribute to the human experience of “We All Carry Something” to the traditional steel-laden sing along “I’d Sing About You” while “Diamonds Make Babies” adds a dose of light-hearted mischief.

This summer, Nichols brings the nationwide NEVER GETS OLD Tour to festivals and legendary clubs such as Cotton Eyed Joe in Knoxville, Tenn. (Aug. 5) and Billy Bob’s Texas in Fort Worth, Texas (Aug. 26). For a full list of upcoming tour dates, visit https://joenichols.com/events.