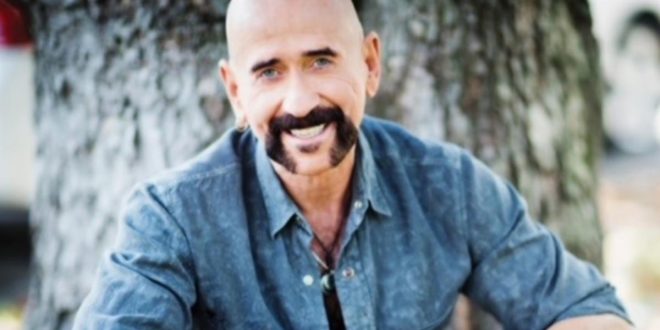 Singer-songwriter Jimbeau Hinson passed away Friday, March 4 at age 70. In July 2021, Jimbeau underwent quadruple bypass heart surgery and suffered a stroke as a result. Over the next eight months he made remarkable improvements but suffered a second stroke in recent weeks and his health began to decline rapidly.

Born in Newton, Mississippi, Jimbeau’s professional writing career began when Loretta Lynn brought him to Nashville when he was only 16 to sign a publishing contract with music publishers, The Wilburn Brothers. His first big commercial success as a songwriter came in 1969 with “Sugar In The Flowers” by Anthony Armstrong Jones, scoring his first ASCAP Award at the age of 18.

Jimbeau went on to write hits for The Oak Ridge Boys (“Fancy Free,” “Let Me Be The One,” “When You Give It Away,” “Colors”), Kathy Mattea (“Train of Memories”), David Lee Murphy (“Party Crowd”), Patty Loveless (“I’m On Your Side,” “After All”), John Conlee (“Harmony”), Steve Earle (“Hillbilly Highway,” “Down The Road”) and his childhood idol, Brenda Lee, who recorded “Find Yourself Another Puppet” that scored Jimbeau’s second ASCAP award. Lee also recorded “Broken Trust” which became a Top 10 hit in 1980. Other artists who have recorded his songs include Carol Channing, Reba McEntire, Tammy Wynette, Tracy Lawrence, Ricky Skaggs, Connie Smith, Rodney Crowell, The Goldens, Ty Herndon, Lee Greenwood and Rhonda Vincent, to name a few.

He released several albums of his own including the critically acclaimed album, Strong Medicine, released on Wrinkled Records in 2013. All eleven tracks were penned by Jimbeau and chronicled not only his courageous journey living with HIV, but also his relationship with his wife, Brenda, who has remained by his side through it all. The CD inspired the creation of Beautiful Jim, an award-winning documentary film by Rex Jones based on Jimbeau’s life. The movie was part of the Southern Documentary Project at the University of Mississippi and became an audience favorite at several festivals, including the 2014 Nashville Film Festival.

Jimbeau was an incredibly gifted song lyricist who consistently mentored a long list of young writers, including Frankie Ballard, JT Hodges, and a young Keith Urban spreading his message of good things come from helping others. He was widely loved by his music industry peers and fans alike. At the time of his passing, Hinson was working on an autobiography titled The All of Everything in the Life and Times of Jimbeau Hinson.

He is survived by Brenda Fielder, his wife of 42 years, by sisters Cindee Sorrels of Nashville, TN and Beth Allgood of Decatur MS and brother Mike Hinson of Hickory, MS, and by several nieces and nephews. A Celebration of Life is being planned and will be announced at a later date.

Music editor for Nashville.com. Jerry Holthouse is a content writer, songwriter and a graphic designer. He owns and runs Holthouse Creative, a full service creative agency. He is an avid outdoorsman and a lover of everything music. You can contact him at JerryHolthouse@Nashville.com
Previous Maren Morris Announces Headline Tour
Next 57th Academy Of Country Music Awards Winners Announced