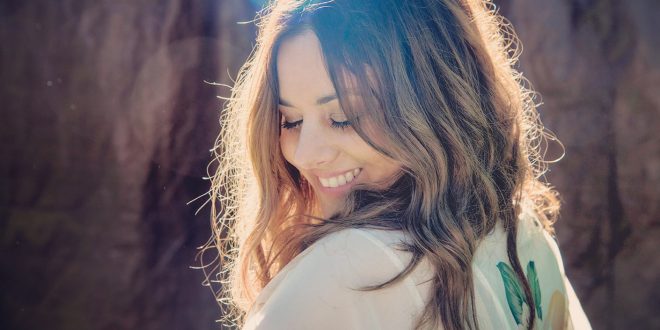 Today British singer–songwriter Sarah Joyce, better known as Rumer, debuted the lyric video for “June It’s Gonna Happen,” (above) the fifth advance track revealed from Nashville Tears, an album of songs by Songwriters Hall of Famer, Hugh Prestwood. Ahead of its August 14 album release with Cooking Vinyl, “June” joins “The Fate of Fireflies,” “The Song Remembers When,” “Hard Times For Lovers,” and “Bristlecone Pine.”

The song’s dual meaning introduces “June” as the narrator’s future, either as a ladylove or the first month of the summer season. The ballad is a reminder that life goes on and love helps us look ahead to bright days on the horizon. Just as Old Man Winter eventually gives way to April and May, rest assured, “June it’s gonna happen.” In the video, vintage post cards from the great outdoors come to life, turning memories of past adventures into a reflection of the bounty waiting outside our windows. It was created by Oak Hollow Studios in California; directed by Emmy Award winning director, Ken Goldstein; and produced by Jason Reid.

In the UK, Nashville Tears has already earned early raves. Rumer discovered the songs of Hugh Prestwood as she searched for “lost gems” while living in the American South. With grand arrangements and traditional elements, Nashville Tears was produced by Fred Mollin at StarStruck Studios with some of Music City’s best musicians. Since her 2010 debut album Seasons of My Soul earned her a MOJO Award and two Brit Award nominations.

Music editor for Nashville.com. Jerry Holthouse is a content writer, songwriter and a graphic designer. He owns and runs Holthouse Creative, a full service creative agency. He is an avid outdoorsman and a lover of everything music. You can contact him at JerryHolthouse@Nashville.com
Previous Stars Remember Rock ‘N’ Roll Icon Little Richard
Next Thomas Rhett Scores His 15th Number One