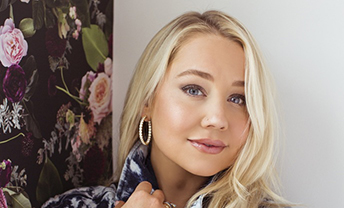 RaeLynn is doing her hometown proud with the release of her album Baytown, which was named after her home base in Texas and has been racking up praise since its release on September 24.
This is RaeLynn’s first full-length album on Round Here Records. Baytown’s lineup includes 14 songs all co-written by RaeLynn and full of heart and sass. The album has earned over 71 MILLION global streams to date.

Also in September, RaeLynn and husband Josh Davis welcomed their first child, daughter Daisy Rae, and a glowing RaeLynn found time to chat all things mom life. The singer-songwriter shared the first professional photos of baby Daisy with PEOPLE and gave Entertainment Tonight a tour of Daisy’s nursery, which is complete with a neon “Daisy” light and art that reads “Made For Me To Love.” The touching sentiment is the title of BAYTOWN’s final song, which RaeLynn wrote for her daughter when she was eight weeks pregnant.

On Tuesday, 10/12, RaeLynn appeared on Fox & Friends to discuss the deep personal meaning behind Baytown track “She Chose Me,” which went viral on social media after fans began using the from-the-heart ballad to share their own stories. She also made a Live In The Lounge appearance on 10/6 via the Vertigo app to listen to songs from BAYTOWN and chat with fans.

Music editor for Nashville.com. Jerry Holthouse is a content writer, songwriter and a graphic designer. He owns and runs Holthouse Creative, a full service creative agency. He is an avid outdoorsman and a lover of everything music. You can contact him at JerryHolthouse@Nashville.com
Previous Hayes Carll Helps Raise Awareness Of Alzheimer’s With “Help Me Remember.”
Next CMT Artists of the Year Celebrated