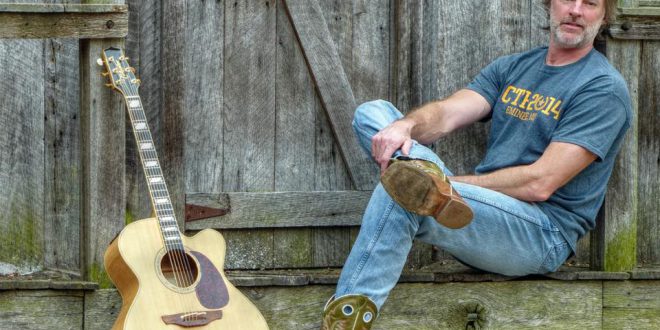 You have a Greatest album getting ready to come out, how did you choose the songs? I am sure that is a tough process, there are so many great ones.

Billy Lawson in Muscle Shoals produced it and we are doing the finishing touches now. We put eight of the biggest hits on this one and that was the easy part because we just did a chronological order of them. When you put out singles out you try to have a mix of a ballad, then a up tempo, and a mid-tempo, so it makes a great album. But we wanted to have a lot of new music on this first one because we have not had anything out in a while. The fans are just hungry for music. So we put eight old and seven brand new songs for 15 tracks total since this is the 15th anniversary of my first number one. I feel like we will get it out by the end of the year. I am so excited about the new stuff.

You are also working on a gospel album. Can you tell us a little about that, why gospel?

I have had so many opportunities come up over the years and people that wanted me to sign and do a christian label. But they always wanted me to do old hymns so I turned them down over the years. It was just something I was not ready to do yet. This is music for broken people and music from broken people. I wrote all of the songs, and a lot of them by myself. I may do a cover song, but it’s all right out of my wheelhouse.

You have worked with so many artists in your long career.. Is there anyone that you have not worked with that you would love to collaborate with?

T. Graham and I have talked about doing something, I love him. He is one of the most soulful men on earth. Songwriters wise there are a bunch of people that I would like to sit down with, I have just been so busy. But I am going to be writing in Nashville more over the next couple years so I feel like I will probably be able to sit down with some of the guys i’ve always wanted to write with like Jamey Johnson. I think we could write some killer songs. I have also always wanted to write with Craig Wiseman.

I am not a huge fan of some of the newer stuff, it doesn’t move me like the stuff I grew up on. I still have Vern Gosdin, Merle Haggard, and Gene Watson in my cd player.

Now Let’s have a bit of fun. What’s your favorite place to eat in Nashville?

What 3 things are always in your home refrigerator?

I do not eat snails

If you had to pick one type of cuisine, what would you say is your favorite?

Is there a secret ingredient that you love to cook with?

Since we are at the beach, any seafood favorites?

I am a shrimp freak but they are so full of cholesterol it’s insane, I have to stay away from them.

And can’t forget it’s football season, how about a tailgating dish?

Keith Whitley and a Steak

ABOUT DARRYL WORLEY:
There are many things platinum-selling Darryl Worley has come to know in his 16-year country music career. One of those things is how to recognize a hit song— Worley has scored nearly 20 hit singles and three chart-topping hits with the self-penned “Awful, Beautiful Life,” the patriotic “Have You Forgotten,” and “I Miss My Friend.” He also recognizes the importance of giving back every opportunity that he can through his foundation, annual charity events and supporting the US military.