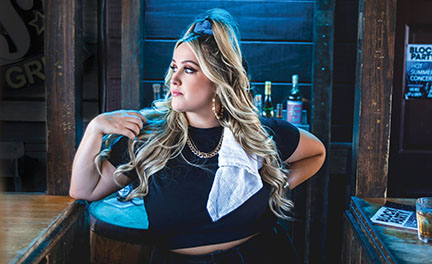 Priscilla Block Is Heading To The Top

Priscilla Block is one of the most exciting up and coming artists on the Nashville music scene. Since she released “Just About Over You” independently with only the support of her dedicated fans, everything is falling into place for her. “Just About Over You” shot to No. 1 on the iTunes all-genre chart within 12 hours of its release and ultimately became Top 15 RIAA gold-certified and the highest peaking debut single from a female country artist in 2021.

The Raleigh, NC native recently took some time to talk to Nashville.com about the quick pace of her rise to stardom. She was quick to point out that she’s been at this for almost 9 years but it’s amazing to see things beginning to pay off. One of those big milestones is her new tour bus. “Oh my gosh! It’s crazy. This weekend we partied pretty hard because it was like, the first bus weekend! For so long we were in a rental car and then we went to a 15 passenger, what we called the ‘church van’ with a trailer. Whoa, the quality of life just goes up. It’s been a long time coming” said Block. 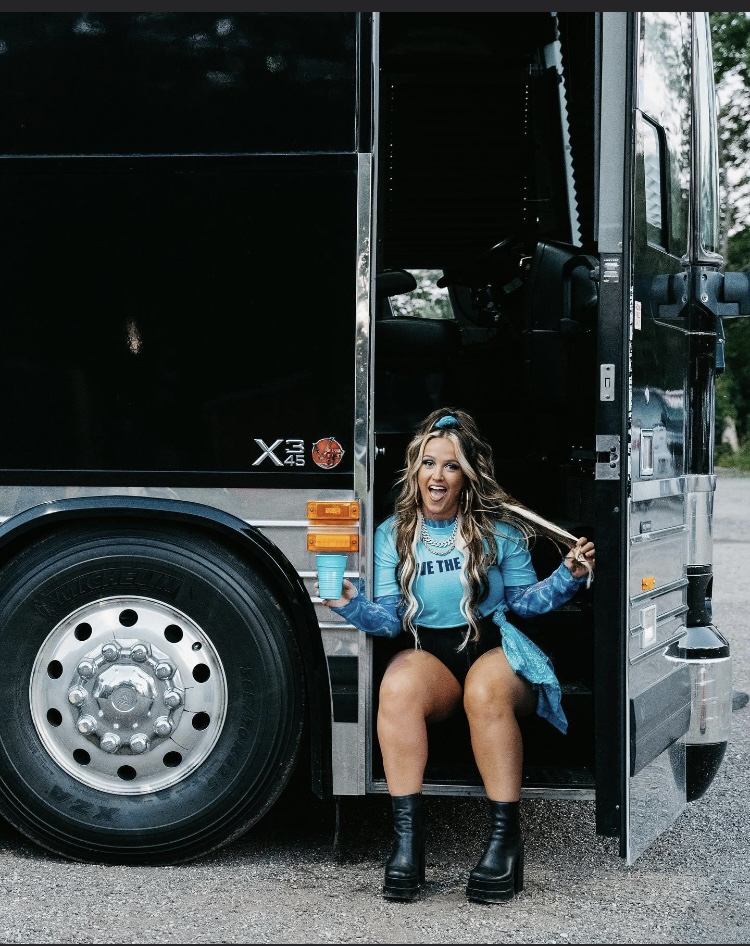 Block released her debut album, Welcome To the Block Party, earlier this year, delivering her blend of Country-Pop and Southern Rock and she co-wrote all 12 songs on the album. We asked Block what her writing process was like. She said “It’s kind of different each time to be honest. Sometimes I’ll be driving and have an idea and I’ll pull out my little voice memo and make a recording of it. And a lot of times I’ll be at the bar or something, and that’s where I get some of my best ideas is listening to drunk people talk. [laughs] I’ll be in the girl’s bathroom and hear someone say something and I’ll be like ‘that’s a good idea, I’m going to write that.’ ”

Block has developed a core group of people she writes with, saying “Over the past few years in Nashville I kinda built my little crew and a lot of them are some of my best friends. In 2020, that’s when things started really happening and professional songwriters started reaching out to me and I’m like, ‘holy crap!’ I remember the first time I wrote with Hillary Lindsey, I was so nervous. There’s this cool little story that we had together. [Block was a server at the Listening Room when Lindsey played there] I had no idea I’d be writing with Hillary Lindsey when I was a sever there years ago.”

Priscilla’s current hit single, “My Bar,” was written with Stone Aielli and Lexie Hayden and illustrates her firm-footed approach as she embarks on this next chapter of her life. (Watch above)
This year Block was nominated for her first ACM Award for New Female Artist of the Year, quickly followed by another nomination for CMT’s Breakthrough Video of the Year. She co-hosted the 2022 ACM Awards Red Carpet Pre-Show and performed her latest single, “My Bar” on the 2022 CMT Music Awards.

Priscilla has made several national TV appearances since the launch of her new album, including The Kelly Clarkson Show and ELLEN. Recently, she made a return appearance on the Tamron Hall Show where she talked about some of the highlights of her music career since making her debut on the show in 2020.

We asked Block if she still gets star-struck after making all these national appearances. “I don’t think I’ll ever not be star-struck, this is the coolest thing for me ever and I’m such a fan-girl of like so many people. When I hosted the ACM Red Carpet that was mind blowing to me because people were walking the carpet that I was such a fan of and I had to keep it together because I was interviewing them.

Block is so genuine and fun to talk to and you can tell she is really soaking this up right now. She will be headlining the Nashville Palace (GET TICKETS HERE) on Nov. 3rd so you better try to get a ticket, because the next time she’s performing here in Nashville it will probably be the Ryman or Bridgestone.
–Jerry Holthouse

Music editor for Nashville.com. Jerry Holthouse is a content writer, songwriter and a graphic designer. He owns and runs Holthouse Creative, a full service creative agency. He is an avid outdoorsman and a lover of everything music. You can contact him at JerryHolthouse@Nashville.com
Previous WATCH: Craig Morgan’s “How You Make A Man”
Next Alan Jackson To Receive CMA Lifetime Achievement Award