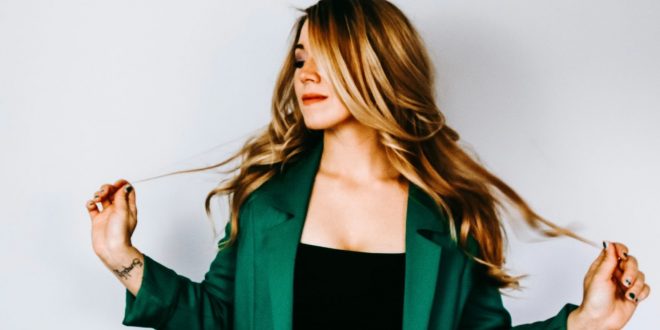 At a young age, Alyssa Scott and her parents knew music and performing was in her blood. When she was just 8 years old, she wrote her first song and from then on, she continued to perform whenever was had the opportunity too, write new songs, as learn how to play countless different instruments. The Country/Pop artist moved to Minneapolis, MN, from Fargo, ND, where she received a degree in Vocal Performance from McNally Smith College of Music. After school, she has continued to pursue her career in music by fronting and touring with many cover bands such as; Scarlet County, Skewed View, and Shirts ‘N’ Skins to name a few. While in Minneapolis, Alyssa also spent time recording with influences, Sean Turner, and Phil Solem from the Rembrandts. Alyssa then received the opportunity to be a Burning Hills Singer in the Medora Musical in Medora, ND, which she pursued for two years.

She now resides in Nashville, TN where she continues to write, record, and perform as Alyssa Scott. Listen to her new country pop single, “Wild!” above. You might have seen her in Nashville, from Alley Taps, to The Row, Belcourt Taps, Johnny Cash’s Saloon, Nash House Saloon, Nudies, Tootsies and many more. Alyssa has recorded with Nashville producers Greg Strizek, Joel Jorgensen, and George Alexander showcasing her abilities in the studio. She now has four singles on all streaming platforms and three singles on Spotify that have now reached over 100,000 streams each which has been grown organically. Alyssa is currently working on a few different recording projects with other Nashville artists where she will be a feature in upcoming singles in 2021. Alyssa is also busy in the studio working on her debut album ‘WILD’ which will premiere in September of 2021.

Music editor for Nashville.com. Jerry Holthouse is a content writer, songwriter and a graphic designer. He owns and runs Holthouse Creative, a full service creative agency. He is an avid outdoorsman and a lover of everything music. You can contact him at JerryHolthouse@Nashville.com
Previous Travis Denning Launches Weekly Variety Series
Next Dierks Bentley Announces ” Beers On Me Tour”