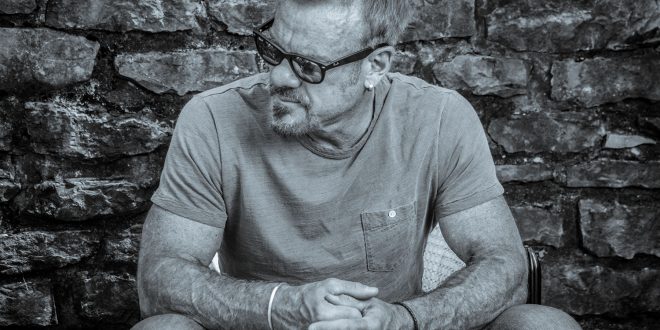 Phil Vassar is celebrating 20 years of chart-topping hits by taking them on the road, including video footage spanning two decades that will accompany Vassar on stage as he sings his hits. The “Hitsteria Tour” kicked off to packed audiences in Florida earlier this month. The tour includes a stop at the Grand Ole Opry on March 8.

2019 marks 20 years since the release of Vassar’s debut single “Carlene,” which peaked at No. 5 on the Billboard Hot Country Singles Chart and No. 45 on Billboard Hot 100. The single was the first release off Vassar’s debut, self-titled album and was followed by his first No. 1 hit “Just Another Day in Paradise.” Since then Vassar has achieved 10 No. 1 singles, 15 Top 10 hits and 27 Top 40 singles throughout his 20-year solo career. The hitmaker has become known for his passionate, high-energy performance, where no two shows are ever the same.

Vassar has been hard at work in the studio and plans to release new music this spring, spanning from new songs to never released music written 20 years ago. In addition to new music and the tour, Vassar’s series “Songs from the Cellar” made its national television debut on PBS. The weekly series airs on Sundays at midnight ET on Michigan’s WKAR-HD with additional programming scheduled to rollout over the coming months. As Vassar interacts with fellow artists, songwriters, musicians and entertainers over a mix of wine, beer and cocktails, viewers will enjoy the camaraderie in each episode filled with intimate conversations and incredible musical collaborations. The variety of upcoming guests includes Tommy Shaw (Styx), Brenda Lee, Hunter Hayes, Peter Frampton, CAM and many more.

Vassar’s reign of signature songs include 10 No. 1 singles and 26 Top 40 hits, including Carlene, Just Another Day in Paradise, Six-Pack Summer, When I Love You, and many more.

Music editor for Nashville.com. Jerry Holthouse is a content writer, songwriter and a graphic designer. He owns and runs Holthouse Creative, a full service creative agency. He is an avid outdoorsman and a lover of everything music. You can contact him at JerryHolthouse@Nashville.com
Previous Kacey Musgraves Awarded CMA International Artist Achievement Award
Next Rising Star Chelsea Bain Delivers 200 Pounds Of Love To Nashville Humane Association