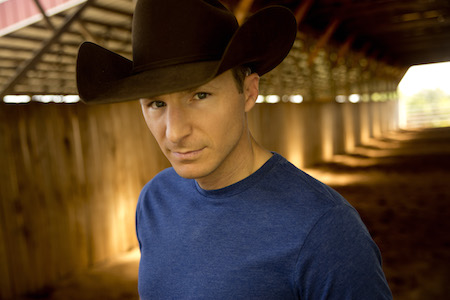 Country and Western traditionalist Paul Bogart has signed with the The Kinkead Entertainment Agency for exclusive booking representation as well as Zach Farnum and 117 Management. Bogart most recently released his acclaimed album, Leather, in 2017, produced by Trent Willmon. Throughout the Midwest, he has built a strong touring business and fan base with over 60 shows a year. He is also a multi-year AQHA World Champion roper, following in the footsteps of artists like George Strait and Chris LeDoux. In 2019, look for new music, produced by Willmon, exciting new content and tour dates across the country. The two entities join Willmon, Pepper Meiler/9,000 Miles New Media and 117 Publicity on the Paul Bogart team.

“The Kinkead Entertainment Agency team is excited to be part of Paul Bogart’s live performance career as his agents. I have been watching Paul’s career over the last seven to ten months and after seeing Paul and his band perform I was blown away by his performance and delivery. Paul has the ‘it’ factor and is the real deal – a real cowboy, a roper and a genuine storyteller of country and western! Paul has been writing, recording and performing over the last eight years and has honed in on his craft and talent; this artist is not manufactured for this is a true lifestyle in which he lives. TKEA is looking forward to introducing Paul Bogart and his style of country music to our biggest and closest promoters, buyers and producers throughout the USA and Canada,” said Bob Kinkead, CEO of The Kinkead Entertainment Agency.

“Paul’s drive and passion for country music is what led me to want to help him on his journey to success above and beyond working as his publicist by signing on to manage his career. There’s a huge market for this style of country and western music that I believe he not only fits into but could be a torchbearer for,” said Zach Farnum.

“I am absolutely thrilled for these opportunities and to expand our team with TKEA and 117. I’m confident about the music we’re creating and the path we are forging, together. Long live country music,” said Paul Bogart.

Music editor for Nashville.com. Jerry Holthouse is a content writer, songwriter and a graphic designer. He owns and runs Holthouse Creative, a full service creative agency. He is an avid outdoorsman and a lover of everything music. You can contact him at JerryHolthouse@Nashville.com
Previous Taali To Release “I Am Here” On March 22
Next Flamekeeper: The Michael Cleveland Story Premieres At HOF