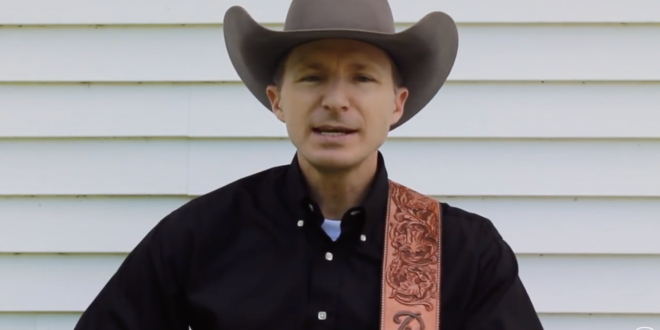 Family man and country and western artist Paul Bogart released a new song today dedicated to mothers everywhere. Written by Bogart with Cassidy Lynn and Dan Wilson, “Mothers & Sons” perfectly represents the ups and downs of motherhood and the relationships mothers have with their sons. Produced by acclaimed producer and artist, Trent Willmon, the slow-paced melody and picturesque lyrics pull at listeners’ heartstrings just in time for Mother’s Day.

The touching music video for “Mothers & Sons,” directed by Pepper Meiler, features members of “Team Bogart” with their mothers and sons. Paul recently shared in celebrating Randy Travis’ 60th birthday and is adding dates for his 2019 tour. For more information about Paul Bogart check out paulbogart.com.

“I had no idea how much I would love watching my wife be a mom to our two sons. Motherhood is a beautiful thing and no life is untouched by it. It’s very obvious, at my house at least, that there’s just ‘no kind of love like the one between mothers and sons,'”
said Paul Bogart.

Music editor for Nashville.com. Jerry Holthouse is a content writer, songwriter and a graphic designer. He owns and runs Holthouse Creative, a full service creative agency. He is an avid outdoorsman and a lover of everything music. You can contact him at JerryHolthouse@Nashville.com
Previous Keb’ Mo’ Set To Drop “Oklahoma” June 14
Next Steven Curtis Chapman Scores His 49th Career No. 1