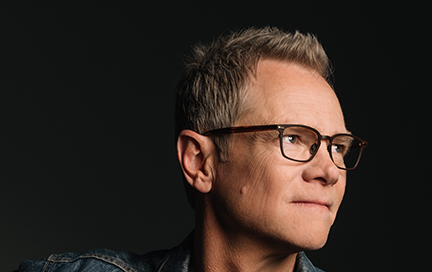 Deeper Roots recently returned to No. 1 on the Billboard Bluegrass Albums chart following its chart-topping release week debut. Chapman reached a new career milestone with Deeper Rootsas the 13-track collection landed at No. 1 on the iTunes Country Albums chart.

“Twenty years ago I wrote and recorded a song called ‘Dive’ and had the amazing good fortune of having it go to No. 1 on the Christian Radio chart. I re-recorded it recently in the style of the Bluegrass music I first heard as a boy in Kentucky with fellow Kentuckian and Bluegrass legend Ricky Skaggs. It just went to No. 1 on Bluegrass Radio chart! I’m blown away and so grateful to everyone who has helped give this song a 2nd life! I’m still ‘Divin’ In!’” said Chapman.

“After the first listen of ‘Dive,’ I felt all the elements were in place for a chart-topping single. SCC surrounded himself with some of Bluegrass Music’s most respected musicians, delivered a powerful vocal and then added Ricky Skaggs to complete the offering. There are, no doubt, more music fans familiar with Bluegrass Music now, because they already loved Steven Curtis Chapman. And I, for one, can’t wait for more!” added Cindy Baucom, Knee Deep In Bluegrass.

Gary LeVox of Rascal Flatts also joined Chapman on the project that follows his 2013 Billboard No. 1 Bluegrass Album Deep Roots, released exclusively with Cracker Barrel. “‘Til The Blue” featuring LeVox. was written by Chapman, Lori McKenna and Barry Dean.

The homage to Chapman’s rural Kentucky roots, which showcases the platinum-selling singer-songwriter’s

Chapman is also celebrating his life story with his new CD and DVD offering, A Great Adventure LIVE Solo Performances of Timeless Hits, available now. The Gaither Music Group project was recorded at Gaither Studios in Indiana and hosted by Gospel Music Hall of Fame member Bill Gaither. A Great Adventure is distributed through Capitol Christian Distribution and Universal Music and is available worldwide in Christian and general market retail and digital outlets.

Music editor for Nashville.com. Jerry Holthouse is a content writer, songwriter and a graphic designer. He owns and runs Holthouse Creative, a full service creative agency. He is an avid outdoorsman and a lover of everything music. You can contact him at JerryHolthouse@Nashville.com
Previous Paul Bogart Releases “Mothers & Sons” Just In Time For Mother’s Day
Next The Black Keys Make History