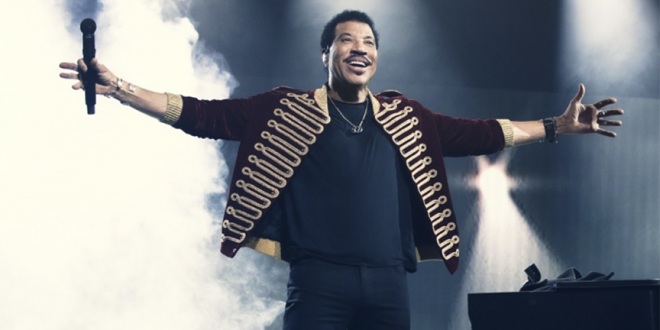 The National Museum of African American Music (NMAAM) in Nashville will present musical pioneers Quincy Jones, Lionel Richie, Smokey Robinson and the Fisk Jubilee Singers with Rhapsody & Rhythm Awards during the museum’s seventh annual Celebration of Legends Benefit Concert on Thursday, June 17. As part of the museum’s fundraising efforts, the benefit concert will kick off a weekend-long Black Music Month celebration hosted by NMAAM and Amazon.

“NMAAM showcases Black music excellence every day, but this year’s Black Music Month will be a special one as we celebrate the museum’s opening with phenomenal music icons and Black music fans across the world,” NMAAM President and CEO Henry Beecher Hicks III said. “We can’t wait to open our doors and share in the joy of Juneteenth weekend with our supporters, fans and a few musical legends, as well.”

This year’s benefit concert, sponsored by Amazon, will include a mix of in-person and virtual experiences to celebrate the recipients, with limited in-person seating.

“One of Amazon’s core values is to think big. We know that we can only do that when we all work together to recognize, elevate and celebrate all voices,” said Courtney Ross, Amazon Nashville’s senior manager of External Affairs. “We are excited to be NMAAM’s partner and the presenting sponsor for this year’s Black Music Month celebration. The work the museum is doing is essential to helping our wider community expand the way it thinks, and it’s an honor to be a part of it all.”

Lionel Richie has a discography of albums and singles that are second to none. He has more than 125 million albums sold worldwide, an Oscar, a Golden Globe, six Grammy Awards, and the distinctions of Music Cares Person of the Year in 2016 and Kennedy Center Honoree in 2017. In 2018, Richie put his handprints and footprints in cement at the TCL Chinese Theatre IMAX in Hollywood, one of the oldest awards in Hollywood. The Tuskegee, Ala., native is a true musical icon.

Once pronounced by Bob Dylan as America’s “greatest living poet,” acclaimed singer-songwriter Smokey Robinson has a career spanning over four decades of hits. He has received numerous awards including the Grammy Living Legend Award, NARAS Lifetime Achievement Award, Honorary Doctorate (Howard University), Kennedy Center Honors and the National Medal of Arts Award from President George W. Bush. He has also been inducted into the Rock ’n’ Roll Hall of Fame and the Songwriters’ Hall of Fame.

The Fisk Jubilee Singers® are vocal artists and students at Fisk University in Nashville, Tenn., who sing and travel worldwide. The ensemble was selected as a recipient of the 2008 National Medal of Arts, the nation’s highest honor for artists and patrons of the arts. The award was presented by President George W. Bush and first lady Laura Bush, during a ceremony at the White House. Additional awards received by the Fisk Jubilee Singers include a Dove Award, the Recording Academy Honors, Synergy Award and 2021 Grammy Award. The ensemble has been inducted into the Music City Walk of Fame, the Gospel Music Hall of Fame and the American Classical Music Hall of Fame.

A schedule of events, performers and more information on this year’s Black Music Month festivities will be shared in the coming weeks.

Music editor for Nashville.com. Jerry Holthouse is a content writer, songwriter and a graphic designer. He owns and runs Holthouse Creative, a full service creative agency. He is an avid outdoorsman and a lover of everything music. You can contact him at JerryHolthouse@Nashville.com
Previous LISTEN: Malcolm Holcombe’s “Money Train”
Next WATCH: Karissa Ella Covers Patty Loveless