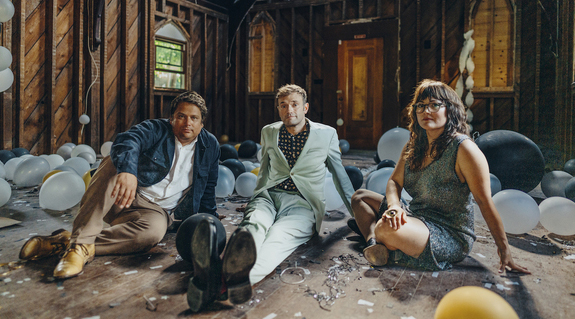 Nickel Creek Back After Nine Years

Of the song, Thile shares, “This song is an exploration of the ostensibly rewarding but often awkward, even excruciating act of catching up with an old friend. Can the connection be reforged? Should it be?”
Their fifth studio album, Celebrants marks a return for the beloved trio and explores the inherent dynamics of human connection. Across the 18 tracks, the trio addresses love, friendship and time with lyrics both poetic and plain-spoken, as they see bridges built, crossed, burned and rebuilt. Recorded at Nashville’s RCA Studio A, the album was produced by longtime collaborator Eric Valentine (Queens of the Stone Age, Grace Potter, Weezer) and features Mike Elizondo on bass.

In celebration of the release, the band will perform three very special sold-out shows at Nashville’s historic Ryman Auditorium this spring on April 27, 28 and 29.

Music editor for Nashville.com. Jerry Holthouse is a content writer, songwriter and a graphic designer. He owns and runs Holthouse Creative, a full service creative agency. He is an avid outdoorsman and a lover of everything music. You can contact him at JerryHolthouse@Nashville.com
Previous Chris Young’s “Looking For You” One Of Radio’s Most Added
Next BMG Promotes JoJamie Hahr To Executive Vice President Recorded Music