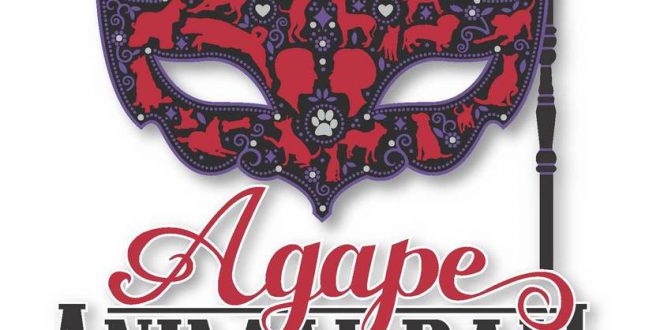 Agape Animal Rescue and Tito’s Handmade Vodka are proud to announce national radio personality Kelly Ford of Ty, Kelly & Chuck is set to host Agape Animal Ball, the rescue’s annual masquerade event. The formal, animal-themed ball is being held at The Factory at Franklin on Oct. 28, 2017 and will feature dinner, dancing, cirque acts, carnival games, live and silent auctions and live music by the highly-acclaimed 12 South Band. Adoptable dogs will be dressed to the nines and ready to mingle, hoping to make an impression and ﬁnd their forever homes.
Ford, who was recently honored with a Gracie Award for her work in radio, frequently talks about the shenanigans of her rescue dogs, cats and chickens and her love for animals on air. She is passionate about animal rescue and has represented Agape Animal Rescue at two prior events.
“We all have a responsibility to support our community, those who work every day to make our city the best it can be. Agape Animal Rescue embraced me like family shortly after I moved to Nashville, and I’ve had the opportunity to see, firsthand, the incredible work they are doing to combat pet homelessness,” said Ford.
The radio host moved from New York City to Nashville in 2015 to join Ty, Kelly & Chuck, formerly America’s Morning Show, with every intention of ﬁnding a community project. Ironically, the project found her.
“We’ve had the opportunity to work with the morning show at past events, and when Kelly made her debut, we knew we had to get her involved with Agape. Her compassion and enthusiasm for animal rescue mirrors ours and we are so thrilled to have her on our team,” said Stephanie Willis, who developed the concept for Agape Animal Ball in 2013 and is co-chairing with Agape founder, Tanya Willis.
Ford and the Agape Animal Ball team are working with Tito’s Handmade Vodka, Pinnacle Bank and other community partners to bring Middle Tennessee a night of elegance, mystery and making a difference.
“Who hasn’t dreamed of dressing up and going to a masquerade ball? Believe me when I say this event is going to be incredibly unique and over-the-top fun. Ask anyone who attended last year, and they’ll tell you they had the night of their life,” said Ford.
General admission tickets are available for $100 and VIP tickets for $140 at www.AgapeAnimalBall.org. All proceeds beneﬁt Agape Animal Rescue, 501c3 non­proﬁt organization founded in 2004 that is dedicated to ﬁnding forever homes for abandoned and displaced dogs while educating the public to become more responsible pet owners.
Suggested Tweet:
National Radio Personality @thekellyford To Host Agape Animal Ball to Benefit @agaperescue on Oct. 28th