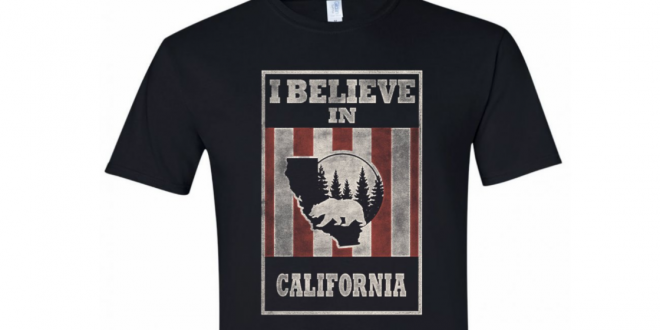 Nashville Transplant Gives Back To His Home State

Rich Egan sat on his couch watching the brushfires ravage the canyons and coastline of Southern California where he grew up. Like so many Americans, who believe in reaching out in times of trouble, this felt personal – and urgent.

Egan, who owns the “I Believe In Nashville” mural which has become a landmark in that city, produced a special “I Believe in Heroism” t-shirt earlier this year to raise to awareness and funds for James J. Shaw and the victims the Nashville Waffle House shooting. Founder of the seminal LA-based emo/punk label Vagrant Records and co-owner of Nashville based artist management firm Hard 8/Working Group, which manages/managed Mac Miller, Billie Eilish and Brantley Gilbert among others, wanted a tangible way to empower – as well as raise funds for – the people whose homes have been destroyed by the raging wildfires.

“Punk rock has taught me a lot. Mainly, you don’t wait for other people to do things for you. You do it. I also learned that if you wanted to make a statement about what you stand for put it on a shirt. It’s simple, powerful and to the point,” explains the man who grew up surfing the beaches of Malibu.

The all cotton, unisex shirts are a variation of the Nashville design and feature a full moon behind a cluster of pine trees, a silhouette of the state of California and it’s iconic bear. Lightly distressed, with touches of grey around the edges to evoke ash, they carry the phrase “I Believe In California.” Egan says, “I wanted shirts that capture the nature of what’s happened. that represent being down, but not out. We are all still standing, and we’re going to help each other get through it.”

One hundred percent of the profits will be distributed across the various (local) charitable organizations aiding those affected by the fires. To support the cause click here.

Music editor for Nashville.com. Jerry Holthouse is a content writer, songwriter and a graphic designer. He owns and runs Holthouse Creative, a full service creative agency. He is an avid outdoorsman and a lover of everything music. You can contact him at JerryHolthouse@Nashville.com
Previous Trisha Yearwood Announces First Album In 10 Years
Next Chris Young Racks Up His 11th No. 1 Single