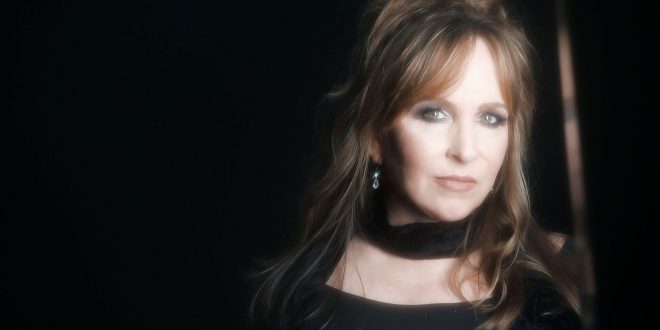 Nashville Hit-Maker Gretchen Peters Performs At The HOF May 12th

Gretchen Peters will release her new record Dancing With The Beast on May 18th. She’ll also be performing as part of a songwriter session at the Country Music Hall of Fame this Saturday May 12th. Peters has penned hits for Martina McBride, Etta James, Trisha Yearwood, Patty Loveless, George Strait, Anne Murray, Shania Twain and Neil Diamond. But the talented Nashville singer/songwriter is an amazing artist in her own right. Dancing With The Beast,  her eighth  studio album, puts female characters at the fore, from teenage girls to old women. And intentionally so. With the 2017 Women’s March and #MeToo Movement as bookends to her writing time, Peters knew that a feminist perspective would be the critical core of the record. “Those two events just put everything — as so many things in 2017 — in really stark relief,” she admits. “You can trace the feminist DNA in my songwriting back to ‘Independence Day’ and probably before. The thing that 2017 did is just put it front and center. It was very easy to kind of go to sleep for a while and just not think about that stuff because we were lulled into complacency for eight years.”

Music editor for Nashville.com. Jerry Holthouse is a content writer, songwriter and a graphic designer. He owns and runs Holthouse Creative, a full service creative agency. He is an avid outdoorsman and a lover of everything music. You can contact him at JerryHolthouse@Nashville.com
Previous Wynonna Presents Her Mom, Naomi, With Vision Of Hope Award
Next Lynyrd Skynyrd Kicks Off “Last of the Street Survivors Farewell Tour”