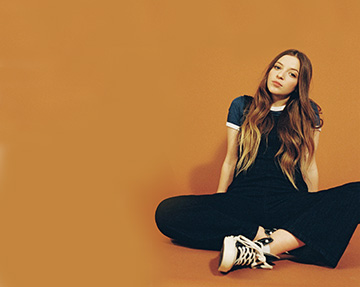 Bonnaroo is just 11 days away and always delivers the biggest names in music, but our favorite thing about going to the Farm is discovering great new artists. If you’re somewhere near the Who stage on Thursday, June 7 at 11pm, check out Jade Bird. She’s touring this summer with Colter Wall and one of our Nashville favorites, Anderson East.

Born in Hexham, U.K., Jade’s early life was spent mainly in flight as an “army brat.” One of life’s few constants proved to be the influence of strong working women. At first via her mother and grandmother, who largely raised her, but later the female role models within the musical subcultures Jade become obsessed with: from empowering country heroines like Loretta Lynn to iconic alternative songwriters like Patti Smith; Alanis Morisette’s Jagged Little Pill was a similar early touchstone. Jade also recently spoke with Noisey about the influence of these and other women on her music.

Music editor for Nashville.com. Jerry Holthouse is a content writer, songwriter and a graphic designer. He owns and runs Holthouse Creative, a full service creative agency. He is an avid outdoorsman and a lover of everything music. You can contact him at JerryHolthouse@Nashville.com
Previous CMT Music Awards Announce Second Round Of Performers
Next Craig Morgan To Receive Army’s Outstanding Civilian Service Medal