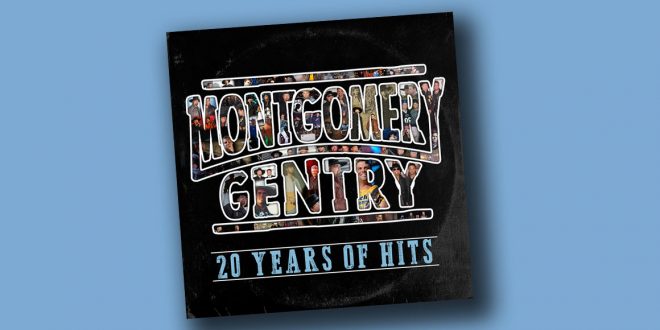 Commenting on the new album, Eddie Montgomery said, “20 years of hits, I can’t believe it’s been 20 years of hits! Seems like just yesterday me and T-Roy were just getting started in this business being told we would be lucky to make it three to five years. I can’t thank everyone of our friends who sang on this album enough. It still blows my mind that in 20 years I’m still hitting the road and still out there. I know I’d probably never have been here and have 20 years of hits if it wasn’t for T-Roy. Me and T-Roy want to thank everyone from the bottom of our hearts, the Man upstairs and our American heroes.”

Introducing the offering with the #1 hit, “Back When I Knew It All (feat./Brad Paisley),” fans will travel back to hear the rowdy, boot-stomping, “Hell Yeah (feat./Jimmie Allen),” the Grammy-nominated, “Lucky Man (feat./Darius Rucker),” the gold-selling “Gone” (the most played country song by a duo in 2005), the #1 gold single, “Something To Be Proud Of (feat./Logan Mize,)” and the rural anthem, “My Town.” The band’s southern rock influences and patriotism continue to shine through on the remainder of the album with hits like “Hillbilly Shoes (feat./Granger Smith,)” “What Do You Think About That (feat./Colt Ford,)” and “Where I Come From.”

Beloved globally by their loyal fanbase, the Grand Ole Opry members have surpassed 1 Billion streams on Pandora, amassed over 100 Million YouTube Views, and engage with millions of followers across social media platforms.

Music editor for Nashville.com. Jerry Holthouse is a content writer, songwriter and a graphic designer. He owns and runs Holthouse Creative, a full service creative agency. He is an avid outdoorsman and a lover of everything music. You can contact him at JerryHolthouse@Nashville.com
Previous David Adam Byrnes Premieres “Beer Bucket List” Lyric Video On Nashville.com
Next Dave Rowland Of Dave & Sugar Dead At 74