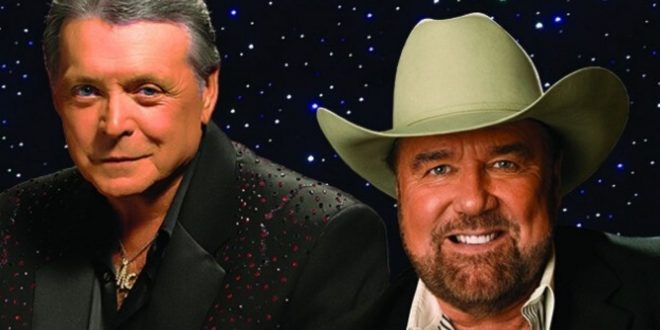 It was 40 short years ago when the Pasadena Honky-Tonk, Gilley’s, was made famous in “Urban Cowboy,” the movie that propelled country music into mainstream media like never before. With the help of the movie, starring John Travolta and Debra Winger, Mickey Gilley and several other acclaimed artists like Charlie Daniels, Bonnie Raitt and Anne Murray were able to light a spark to propel their music careers further than ever before. Gilley, now in his 80’s, is still going strong with more than 80 tour dates a year. In honor of the 40th anniversary of “Urban Cowboy,” Gilley continues his partnership with Johnny Lee for the “Urban Cowboy Reunion Tour.”

Since “Urban Cowboy” was released in 1980, country music has managed to remain current and mainstream. After the movie, it became “cool” to wear cowboy boots and pearl snap shirts and listen to country music. This is still true today, walk into any honky tonk on Lower Broadway in Nashville, Tenn. or Austin, Texas and you’ll see the reminders of what has become known as the “Urban Cowboy Movement” in country music. The soundtrack for the movie was certified triple-platinum in 2018 and features hits like “Stand By Me,” “Lookin’ for Love,” “Devil Went Down to Georgia,” “Lyin’ Eyes,” “Could I Have This Dance” and many more.

“Urban Cowboy” has had more of an impact on today’s society than we realize. For more information on Mickey Gilley and the Urban Cowboy Reunion Tour go to gilleys.com.

Music editor for Nashville.com. Jerry Holthouse is a content writer, songwriter and a graphic designer. He owns and runs Holthouse Creative, a full service creative agency. He is an avid outdoorsman and a lover of everything music. You can contact him at JerryHolthouse@Nashville.com
Previous Kim Richey Celebrates 20th Anniversary Of ‘Glimmer’ With ‘A Long Way Back: The Songs of Glimmer’
Next LISTEN: Umphrey’s McGee’s “Suxity”