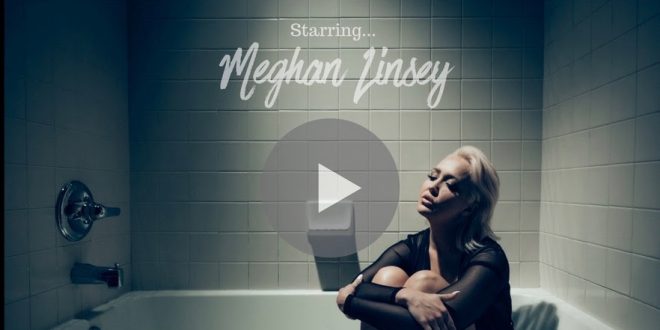 Meghan Linsey, runner-up on Season 8 of The Voice and CMA nominee has released a heart wrenching video for “Mr. Homewrecker”, the first single off her latest album Bold Like A Lion, produced by Tyler Cain. The video was directed by Jeremy Ryan and features a vulnerable Linsey going through one of life’s most troubling moments.

“Jeremy and I worked together to create this video,” Linsey mentions. “We both agreed that it should be super simple and gritty. I wanted it to feel like you were watching someone on the worst day of their life having a breakdown in the bathroom. I particularly love the end when my character wiped the mascara from under her eyes and gets back up.  I feel like women will really be able to relate to the symbolism.”

“Mr. Homewrecker”, written by Linsey, Tyler Cain and Phillip LaRue, is one of the tracks on what Linsey calls the best album she’s ever recorded as it remains true to who she is and talks about real life circumstances that either she or people she knows have gone through. The album also features collaborations with Aloe Blacc and Fred Schneider of The B-52’s.

“It was truly a great experience working with Meghan and Tyler on “Freak for the Beat,” states Schneider. “The song had great lyrics and vocals to begin with, so I was really happy to collaborate. What a blast in the studio!”.

One-Third of proceeds from album will go to Philando Feeds the Children, an organization created in memory of Philando Castile, which raises money to provide lunches for elementary school children.