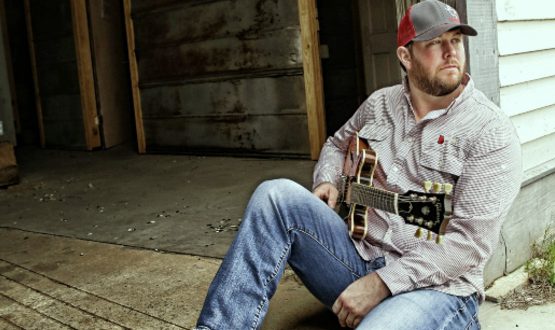 Matt Rogers’ New Video for “Britches” Will Warm Your Snow Day Right Up!

Award winning singer/songwriter and Georgia native,Matt Rogers, has released the lyric video for his current single, “Britches,” exclusively on The Boot. “Britches” draws inspiration from Matt’s childhood and special words of wisdom bestowed upon him by his grandfather, “Pep.” The lyric video highlights Matt and Pep’s special bond by featuring home videos of them together when Matt was a child. “Britches” is the second single from Matt’s EP Richest Place On Earth, which was released in summer ’17.
“Richest Place On Earth has many great songs, the one that stands out to me the most is “Britches.” I think most of us can relate to having that family member that you can talk to. The one that would bend the rules for you. This song really speaks to the heart.” – Amanda Andrews, Nashville Music Guide
Matt creates a connection with his listeners through his emotionally gripping lyrics and unmistakable melodies. His talent has caught the attention of thousands of fans as well as country music legends like TG Sheppard, “[Matt’s] the real deal…the total package. [He’s] a great singer, a great picker and a great songwriter.” Rogers also received commendation from industry tastemaker, Robert K. Oermann. Oermann selected the title track of Matt’s EP, Richest Place On Earth, for Music Row’s DisCovery Award. Oermann praised the track saying, “Extremely well written and sung with fire and conviction. Play this.”
About Matt Rogers:
Matt Rogers is gearing up for another groundbreaking year following numerous career milestones in 2017. He became the first Brand Ambassadors for Durango Boots in 2017. “Matt has a rich, unique and bold style to his music that authentically connects to his fans which is the type of artist that represents our brand perfectly,” says Erin DeLong, Durango Marketing Manager. Breedlove guitars and 64 Audio also sponsor Rogers. Matt released his EP, Richest Place On Earth, in May of 2017 ahead of his first appearance as an Emerging Artist at CMA Fest’s Fan Fair X where he spent four days meeting 80k+ fans from across the world and performing at some of Music City’s legendary venues such as the Bluebird Café and Wildhorse Saloon. Matt’s touring schedule is continuing to grow, spanning across the country. “I’m really excited to re-connect with my fans that have been supporting me for so long and to get the chance to connect with some new fans along the way,” says Matt. “I can’t wait to get on stage and share my new music I’ve worked so hard on with them.”
“If you don’t know the name Matt Rogers then you need to write it down. He’s going places,”- Hit Songwriter/Author/WSM 650 AM host, Devon O’Day
To find out more about Matt, visit his website www.mattrogerscountry.com

Previous Escape The Cold Tips and Fun!
Next “Wine or Whiskey” and all Things Nashville With Natalie Stovall