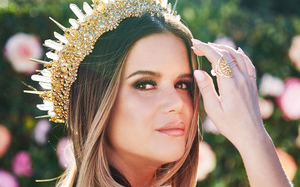 Maren Morris Hits The Top Of The Charts

Additionally, Morris is appearing on the 50th season of “Sesame Street” in an episode titled “Let’s Draw.” The episode will air February 15 on HBO at 9 a.m. EST.

2019 was a monumental year for the singer songwriter who took home Album of the Year at the 53rd Annual Country Music Association Awards, where she was the most nominated artist.

Music editor for Nashville.com. Jerry Holthouse is a content writer, songwriter and a graphic designer. He owns and runs Holthouse Creative, a full service creative agency. He is an avid outdoorsman and a lover of everything music. You can contact him at JerryHolthouse@Nashville.com
Previous Chris Bandi To Make His Grand Ole Opry Debut
Next Whiskey Myers On A Sell-Out Roll