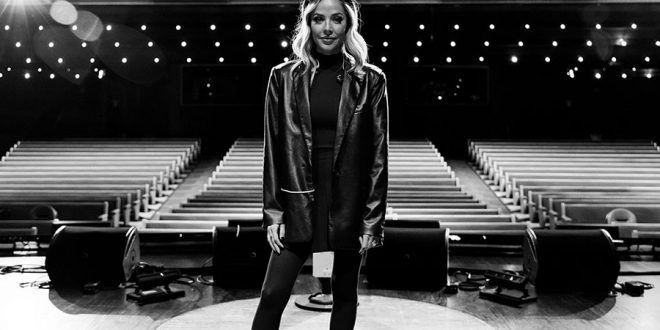 Big Loud Records’ MacKenzie Porter continues to awe with last week’s list of dream firsts, wrapping with her debut at the Grand Ole Opry on Friday, November 12. Stepping into the famed circle, Porter started with her upbeat fan-favorite “These Days” followed by the premiere of her unreleased song “Pickup.” Porter then surprised the crowd during Dustin Lynch’s set to perform their on-fire, Top 5 single at Country radio, “Thinking ‘Bout You.”

On November 29, Porter and Lynch are expected to make the first Canadian broadcast performance of their power duet at the 2021 CCMA Awards live from Budweiser Gardens in London, ON. Adding to the night, Porter will vie for FOUR awards: Entertainer of the Year, Female Artist of the Year, PRS Guitars Video of the Year (“Drinkin’ Songs”) and Fans’ Choice.

Since moving to Nashville in 2014 from her native Canada, she’s developed a radiant Country style which threads the needle between traditional heart and modern energy, often collaborating with songwriting mainstays like Nicolle Galyon, Craig Wiseman, Natalie Hemby, and Tommy English.

Music editor for Nashville.com. Jerry Holthouse is a content writer, songwriter and a graphic designer. He owns and runs Holthouse Creative, a full service creative agency. He is an avid outdoorsman and a lover of everything music. You can contact him at JerryHolthouse@Nashville.com
Previous Morgan Wallen Announces “Dangerous Tour”
Next Marshall Tucker Band Announces “50th Anniversary Tour”