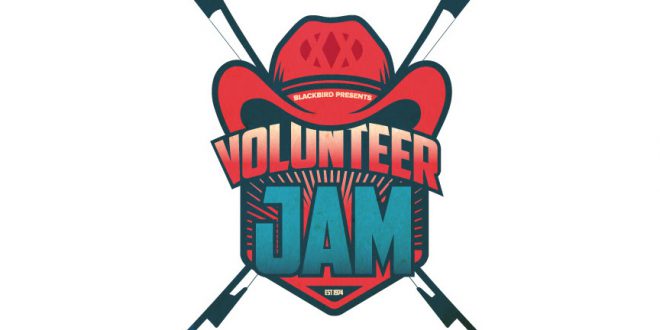 Lynyrd Skynyrd and Charlie Daniels have a long-lasting friendship of nearly four decades, and the band has a special history of performing at the Volunteer Jam. After the tragic 1977 plane crash involving the members of Lynyrd Skynyrd, the band returned to the stage for the first time with Daniels at Volunteer Jam ’79. With songs like “Sweet Home Alabama,” “Free Bird,” and “Gimme Three Steps,” and a career spanning more than 40 years, Lynyrd Skynyrd will bring their legendary songs back to Volunteer Jam.

Don’t miss this year’s Volunteer Jam XX: A Tribute To Charlie, hosted by Storme Warren. The all-star concert event is at the Bridgestone Arena in Nashville, Tennessee on Wednesday, March 7, 2018, at 7 PM CT.

A portion of the proceeds from 2018’s Volunteer Jam will be donated to The Journey Home Project, a 501(c)(3) non-profit co-founded by Daniels and manager David Corlew to help Veterans.

“Lynyrd Skynyrd is one of the greatest rock and roll bands of all time. We’re honored that they are joining this extraordinary lineup of artists before they embark on the farewell tour,” says Keith Wortman, CEO of Blackbird Presents, and executive producer of Volunteer Jam XX: A Tribute To Charlie. Wortman is also executive producer of Nashville’s recent highly acclaimed All In For The Gambler: Kenny Rogers’ Farewell Concert Celebration and Sing Me Back Home: The Music of Merle Haggard.

GRAMMY® Award Winner Don Was will serve as music director, and preside over a stellar house band featuring Chuck Leavell at this unforgettable concert event.

Music editor for Nashville.com. Jerry Holthouse is a content writer, songwriter and a graphic designer. He owns and runs Holthouse Creative, a full service creative agency. He is an avid outdoorsman and a lover of everything music. You can contact him at JerryHolthouse@Nashville.com
Previous Fun Facts for the Nashville Symphony’s March 8-10 Concerts
Next Naomi Judd And The Scott Brothers To Join City Of Hope Celebrity Softball Game