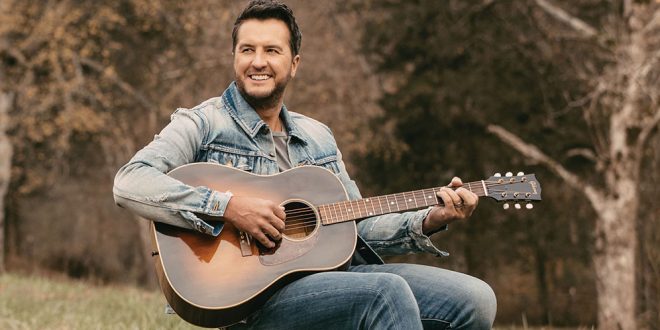 Luke Bryan scored again at country radio this week as his 26th career #1 single reigns at the top of the Billboard Country Airplay and Mediabase charts with “Down To One.” The single, written by Dallas Davidson, Justin Ebach, Kyle Fishman, is the fourth consecutive #1 song from his BORN HERE LIVE HERE DIE HERE album. The album’s deluxe edition with six new songs will be available on April 9, 2021. When the deluxe music was announced for pre-order, it claimed the #1 spot on the Apple Music Pre-Add Chart. Pre-Order for the deluxe album is available now but this Friday, March 5 get new track “Drink A Little Whiskey Down” instantly.

“I absolutely love this song!,” Luke told Billboard. “’Down To One’ has a melody that just locked me in the first time I heard it. I know a lot of artists feel this way, but I’m definitely looking forward to doing this one live.”

Music editor for Nashville.com. Jerry Holthouse is a content writer, songwriter and a graphic designer. He owns and runs Holthouse Creative, a full service creative agency. He is an avid outdoorsman and a lover of everything music. You can contact him at JerryHolthouse@Nashville.com
Previous LISTEN: John Schneider’s Tribute To Truckers “Truck On”
Next IT’S OFFICIAL: No CMA Fest in 2021