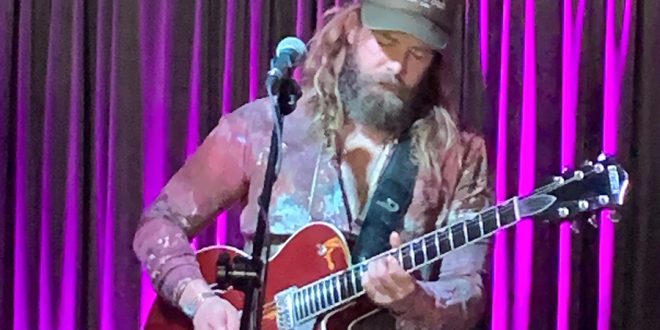 For over 12 years, Wesley Dean has been one of Australia’s best-known artists, with a larger-than-life voice that catapulted songs like “You” to the top of the Australian charts. Dean had visited Nashville a decade ago, not long after winning the sixth season of Australian Idol. The show had launched him to stardom, and soon the Adelaide native found himself boarding an American-bound plane in early 2021, his wife and two sons at his side, the entire family heading toward their new home in Music City.

Dean’s is releasing a powerful new record, “unknown” on April 29th which is a melange of roots, country, Americana, and rock & roll. “unknown”, is informed by the decision to leave Australia to start from scratch in the US. The 14 songs on the record tell the story of his life leading up to and his relocation to Nashville. The opening song, “Leaving Adelaide” sets the table for a project that tells a story through song but with songs stand on their own. Themes of uncertainty, starting from scratch, optimism for better days, and self reflection. A talented singer and multi-instrumentalist himself, Dean assembled some of the best studio musicians in Nashville to assist with this great sounding record to tell this compelling story. Listen to “Eleven One,” also from “unknown”. Check out Gaslighter, his current single above.

“unknown” will be available 4/29 everywhere you get music.

Music editor for Nashville.com. Jerry Holthouse is a content writer, songwriter and a graphic designer. He owns and runs Holthouse Creative, a full service creative agency. He is an avid outdoorsman and a lover of everything music. You can contact him at JerryHolthouse@Nashville.com
Previous LISTEN: Lizzy McAlpine’s “Weird” Featuring Laura Elliott
Next Janis Ian Coming To The CMA Theater May 27