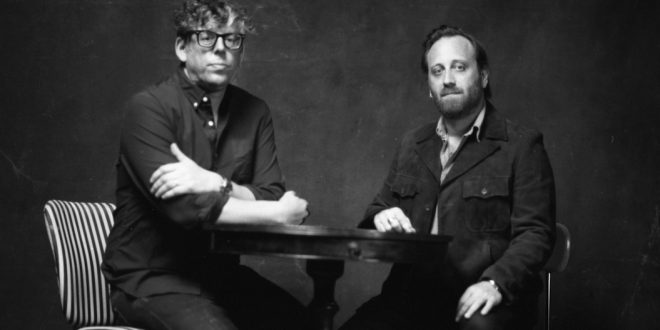 The Black Keys share their new song “Going Down South” today. It is the second single from their forthcoming tenth album, Delta Kream (May 14, Nonesuch Records), which celebrates the band’s roots and features eleven Mississippi hill country blues songs by R. L. Burnside and Junior Kimbrough, among others. Auerbach says of the song: “That was one of R.L. Burnside’s hits! We strayed a little from the original on our version with the falsetto and percussion, but we liked how it sounded in that moment. It’s become one of my favorites on the album.” Listen (above) to the track and watch its video, directed by Ryan Nadzam.

The performances were filmed in Mississippi and feature musicians Kenny Brown and Eric Deaton, long-time members of the bands of blues legends including R. L. Burnside and Junior Kimbrough, and Sam Bacco on auxiliary percussion.

Dan Auerbach and Patrick Carney recorded Delta Kream at Auerbach’s Easy Eye Sound studio in Nashville. The album takes its name from William Eggleston’s iconic Mississippi photograph that is on its cover. Delta Kream is available for pre-order on all formats here.

Auerbach says of the album, “We made this record to honor the Mississippi hill country blues tradition that influenced us starting out. These songs are still as important to us today as they were the first day Pat and I started playing together and picked up our instruments. It was a very inspiring session with Pat and me along with Kenny Brown and Eric Deaton in a circle, playing these songs. It felt so natural.”
Carney concurs, “The session was planned only days in advance and nothing was rehearsed. We recorded the entire album in about ten hours, over two afternoons, at the end of the ‘Let’s Rock’ tour.”

The music from northern Mississippi, which came to life in juke joints, has long left an imprint on the band’s music, from their cover of R.L. Burnide’s “Busted” and Junior Kimbrough’s “Do The Romp” on their debut album, The Big Come Up; to their subsequent signing to Fat Possum Records, home to many of their musical heroes; and to their EP of Junior Kimbrough covers, Chulahoma.

In addition to paying tribute to these Mississippi blues legends with Delta Kream, The Black Keys are working with VisitMississippi, the state’s tourism organization, to commission two new markers for Burnside and Kimbrough, on the Mississippi Blues Trail, which tell the stories of blues artists both renowned and obscure through words and images. Markers will be erected in the proposed locations of Holly Springs and Chulahoma, MS, places closely associated with R. L. Burnside and Junior Kimbrough. These two new individual markers are a fitting tribute to these architects of hill country blues and further recognize their enduring contributions to American music. (Burnside and Kimbrough are currently acknowledged on a group marker in Holly Springs entitled “Hill Country Blues.”)

Music editor for Nashville.com. Jerry Holthouse is a content writer, songwriter and a graphic designer. He owns and runs Holthouse Creative, a full service creative agency. He is an avid outdoorsman and a lover of everything music. You can contact him at JerryHolthouse@Nashville.com
Previous Luke Combs On Why This Video Is A Little More Special Than The Rest
Next Russell Dickerson Named CMA Foundation Artist Ambassador