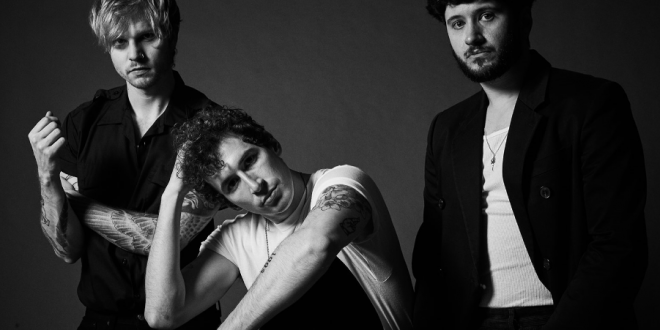 LISTEN: The Band Camino’s “Know It All”

Nashville-based pop-rock group The Band Camino, has officially announced their new self-titled debut album, which will be released on September 10 via dblblk/Elektra Records. The band has been dropping new songs for fans to preview in 2021, including “1 Last Cigarette” “Sorry Mom,” and “Roses.” The Band Camino also drops their new single from the forthcoming record titled “Know It All” today – listen above. The Band Camino will also hit the road this Fall in support of country duo Dan + Shay on their 2021 U.S. tour, from September 9 – December 7, hitting Madison Square Garden in NYC, New York on September 16.

Produced by Jordan M Schmidt and executive produced by Jameson Roper, the entire album was recorded over the span of 40 days at Sonic Ranch in Tortillo, Texas. Armed with the idea of removing themselves from the rest of the world to focus solely on the music, the album was cut much like an old school record; playing through each song and recording as they went. Their mentality was to focus on one song each day and then revisit them, allowing time away for fresh perspective and new ears. What transpired was The Band Camino’s debut full-length album — a record which leans into the band’s love for live instrumentation and passion for storytelling through pop music.

Says the band: “We really feel like the album showcases the multifaceted soundscape that is The Band Camino. We’re excited to finally be able to share it with the world.”

Their new single, “Know It All,” was penned by all three band members (along with frequent collaborators Jordan Schmidt, Geoff Warburton and Seth Ennis), and features The Band Camino’s signature brand of electric, pop-rock melody. Reminiscing an old relationship, the lyrics tell a former flame that their new crush doesn’t know them in the same way, and that their new relationship is thus lacking. Opening with “Somebody told me that you found somebody new and you’re happy…” the bridge then offers a bittersweet send-off to the former relationship: “Honestly, I hope you’re happy, hope you’re doing well. I still keep your secrets even though you’re with someone else.”

Music editor for Nashville.com. Jerry Holthouse is a content writer, songwriter and a graphic designer. He owns and runs Holthouse Creative, a full service creative agency. He is an avid outdoorsman and a lover of everything music. You can contact him at JerryHolthouse@Nashville.com
Previous Whiskey Jam Celebrates It’s 10th Anniversary
Next Cole Swindell Celebrates 10 Number 1 Singles