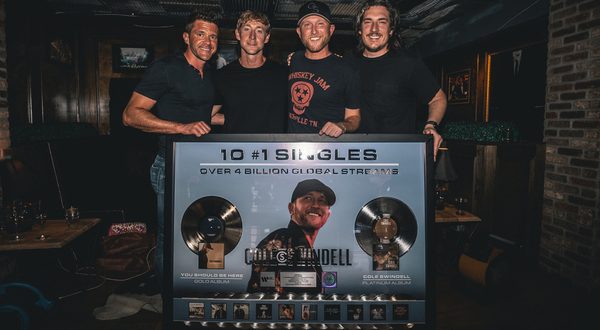 Grammy-nominated multi-Platinum rising star Cole Swindell is celebrating again today with a 2nd week in the No. 1 spot at the top of the Billboard country singles chart with his 10th career No. 1 single “Single Saturday Night.” “Single Saturday Night” was written by Ashley Gorley, Michael Hardy and Mark Holman and produced by Michael Carter.

The Georgia native’s 2-week No. 1 single has been streamed globally over 180 million times and adds to his over 4 BILLION global career streams. Swindell was also recognized last week for having reached over 15 million in total US track equivalents.

Swindell is on the road headlining his own shows in California and Nevada this week. Swindell will hit the road with Thomas Rhett’s Center Point Road Tour which kicks off August 20 in Bangor, ME.

Music editor for Nashville.com. Jerry Holthouse is a content writer, songwriter and a graphic designer. He owns and runs Holthouse Creative, a full service creative agency. He is an avid outdoorsman and a lover of everything music. You can contact him at JerryHolthouse@Nashville.com
Previous LISTEN: The Band Camino’s “Know It All”
Next Mitchell Tenpenny Drops “Truth About You”