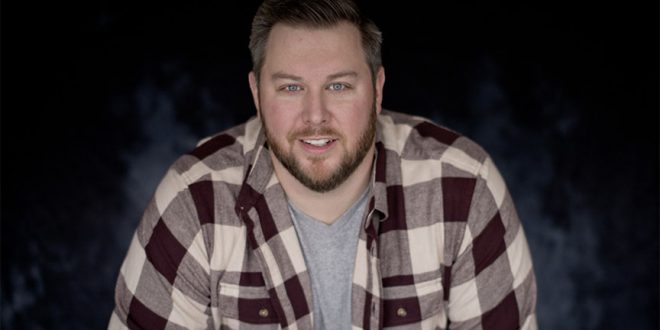 Rising star Matt Rogers just released “Be Like Him”. Listen above. The self-penned, new single takes an honest look at building trust where there is painful rubble from a previous relationship.

“Trust is such a universal experience,” Rogers explained. “It is the necessary first step in any relationship and when you don’t have it, nothing grows. What’s worse is when the person responsible for the lack of trust is out of the picture, but not out of mind.”

Rogers sings with raw conviction about not wanting to be a new version of an old problem. He delivers with an emotional, gritty performance that speaks to the ability to find trust after pain and love after heartache. Produced by Colt Capperrune, Rogers wrote “Be Like Him” with Barrett Baber and Terri Jo Box.

The Durango Boot ambassador has reached a growing, global audience with his raw, country-at-heart/blues-in-his-soul style thanks to performing weekly since 2018 at Ole Red in Nashville and an extensive tour schedule across the U.S.

On stage, Rogers has created a meaningful bond with his listeners through his emotionally gripping lyrics and unmistakable melodies, but he is equally at home in the writers’ room penning songs with some of the best tunesmiths in Music City and winning numerous awards. And now, Rogers’ self-penned new music is poised to reach an even bigger audience through his partnership with Nashville-based Vere Music, with national distribution partner ADA.

Rogers has been releasing music since moving to Nashville in 2017 including his critically acclaimed sophomore EP, Richest Place On Earth. His single “Peaches and Pecans” from the project pays homage to the Peach State and was a popular anthem at University of Georgia home games at Stanford Stadium during their 2018 standout football season. In 2019, Rogers’ buzz-worthy single “Burn The Boat” made waves when it landed on Buzzfeed’s “Top 10 Hottest Country Summer Jams” alongside songs by Luke Combs and Carrie Underwood.

Music editor for Nashville.com. Jerry Holthouse is a content writer, songwriter and a graphic designer. He owns and runs Holthouse Creative, a full service creative agency. He is an avid outdoorsman and a lover of everything music. You can contact him at JerryHolthouse@Nashville.com
Previous Lee Greenwood & Home Free Share Telly Award Win
Next Shannon McNally Covers Kris Kristofferson