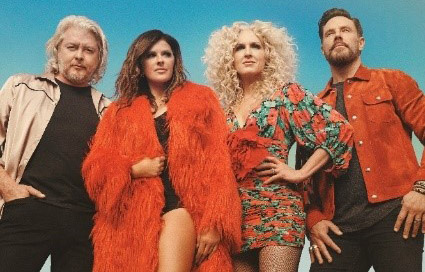 On the heels of announcing their 10th studio album Mr. Sun this week, Little Big Town has released the latest glimpse into the new record with “Rich Man”.

LBT’s Jimi Westbrook, who wrote the track, began toying with the idea of “Rich Man” more than a decade ago, with the concept growing more robust as time passed and life experiences happened. After years of the song never leaving the back of his mind and constantly adding to it as life shifted, Mr. Sun became the perfect landing spot for a song that reflects what genuine wealth means to the band.

“‘Rich Man’ has a special place in my heart, and it feels like the most honest me song I’ve ever written,” Westbrook shares. “It is about my love of family and their role in laying the foundation that anchors me.”

The track’s accompanying lyric video, watch above, is a further reflection of that, filled to the brim with personal footage of the band and their kids throughout the years.

Mr. Sun is set for release on September 16, 2022. Physical pre-orders of Mr. Sun are available now, including two hand-signed options from the band – a limited edition, web-store edition tangerine vinyl that includes an 11×11” art card, and a CD that includes a 4×4” art card – in addition to a baby blue vinyl edition of the record. A sky blue vinyl of Mr. Sun will be available exclusively through Barnes & Noble.

Music editor for Nashville.com. Jerry Holthouse is a content writer, songwriter and a graphic designer. He owns and runs Holthouse Creative, a full service creative agency. He is an avid outdoorsman and a lover of everything music. You can contact him at JerryHolthouse@Nashville.com
Previous WATCH: Bill Anderson & Dolly Parton’s “Someday It’ll All Make Sense.
Next CMT’s “Next Women of Country” Showcases Coming To City Winery