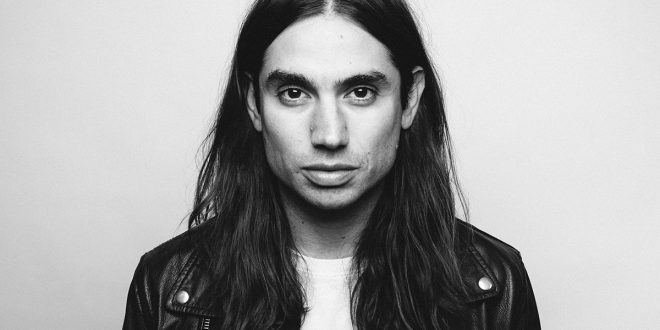 Johnny Gates announced the release of his self-titled debut solo EP on August 30. In lieu of the news, he also released new track “Hell Outta Here.” To celebrate his inevitable return to Music City, Gates will take the stage at The Back Corner in Nashville on August 19.

Gates shares, “In some ways, this project is the official launch of my solo career, but in a lot of ways, I feel like I’m finishing what I started so many years ago when I first arrived in Nashville. What has always intrigued me about this city and country music is the song. While making this project, I’ve never felt more connected to the songwriting process. Some of the tracks came from a late night, with only my acoustic guitar and a half-empty beer. Others came on noisy nights when I had to stop when the sirens got too loud or the neighbors started complaining. It was as bare-bones as possible in all of the best ways. This collection of songs truly embody the spirit of why I came to Nashville in the first place, and how thrilled I am to be back.”

The project, produced by Tyler Thompson, marks Gates’ inevitable return to Music City, feeling right at home with new artists like Maren Morris, Ruston Kelly and Caitlyn Smith defying genre lines. Gates first arrived in Nashville right out of high school as the lead singer of the Runaway Saints. After landing a record deal with Warner Brothers, the band headed west to Los Angeles. After tours with Rod Stewart, Ryan Cabrera, Secondhand Serenade and more, the band split leaving Gates behind with only his guitar and music still very much in his heart. After going solo, he toured the country a few more times – even packing LA’s iconic Troubadour. He went on to compete on Season 12 of NBC’s The Voice where Blake Shelton dubbed him “the next Mick Jagger.”

Music editor for Nashville.com. Jerry Holthouse is a content writer, songwriter and a graphic designer. He owns and runs Holthouse Creative, a full service creative agency. He is an avid outdoorsman and a lover of everything music. You can contact him at JerryHolthouse@Nashville.com
Previous WATCH: Morgan Evans’ “Day Drunk”
Next Hunter Hayes Talks About “Wild Blue (Part I)”