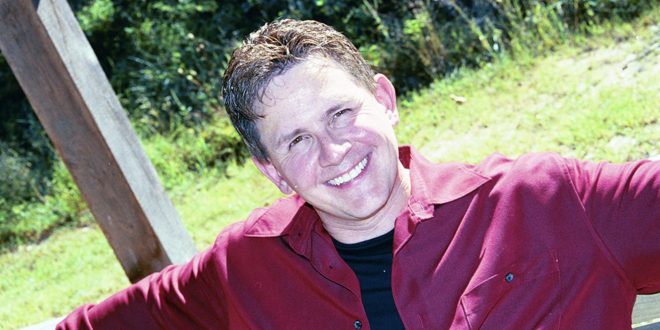 Kentucky native and Nashville recording artist, Dwain Messer, comes to radio with a track from his upcoming album Goes So Fast.  Written by Dwain and produced by Mark Beckett, the son of the legendary Barry Beckett, “Ease My Troubled Mind” reminds listeners about some of life’s most common worries and conflicts, and how turning to God for help would be the answer to solving those major issues.

Dwain has always had a passion for performing and writing music as he has made his way from working in several different bluegrass and country acts to his current solo career.  Being one of eight national finalists of the former Family Channel’s Wild Wild West and Atlantic Records’ search for new talent inspired him to continue that career. Of course, he is no stranger to radio, as singles from a previously recorded album did make their way in high rank on the European Country Music Association charts. He continues to write songs and give live performances in the United States, and he hopes that radio listeners become fans of the messages in his songs.

Music editor for Nashville.com. Jerry Holthouse is a content writer, songwriter and a graphic designer. He owns and runs Holthouse Creative, a full service creative agency. He is an avid outdoorsman and a lover of everything music. You can contact him at JerryHolthouse@Nashville.com
Previous Kenny Chesney Scores His 31st Number One
Next Gabby Barrett Makes History With “Goldmine”