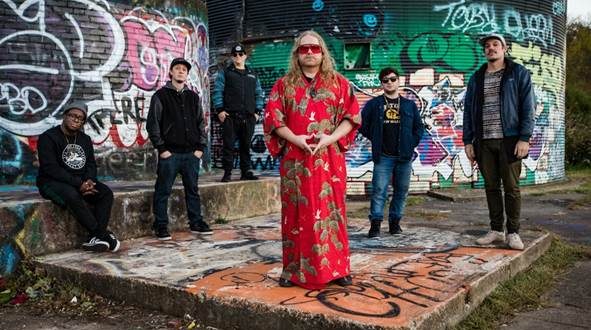 Lettuce Is Back With A Tribute To Miles Davis

Lettuce will bring their psychedelic sonics, blissful grooves, jazz rhythms and hip-hop inspired beats to over 20 cities this winter including Nashville on Friday, January 25 at Marathon Music Works.

Lettuce’s latest album, Witches Stew, is the sextet’s contemporary jazz fusion tribute to Miles Davis. PRESS HERE to listen. Recorded live at the 2016 Catskill Chill, the album is an interpretive take on the historically experimental and lauded Bitches Brew era. In a similar vein of Thundercat, Flying Lotus and Kamasi Washington, Lettuce continues to push jazz fusion forward with this latest release, a tribute to one of the band’s biggest influences. Lettuce is currently working on a new studio album.

This morning (Dec. 3) the band announced their 4th annual Rage Rocks show at Red Rocks Amphitheatre will take place on Saturday, June 15th, 2019. The show, Lettuce’s sixth overall time playing the legendary Colorado venue, will feature two full sets from Lettuce, one of which will be a Jerry Garcia Band cover set, along with support from TAUK and The Soul Rebels.

Music editor for Nashville.com. Jerry Holthouse is a content writer, songwriter and a graphic designer. He owns and runs Holthouse Creative, a full service creative agency. He is an avid outdoorsman and a lover of everything music. You can contact him at JerryHolthouse@Nashville.com
Previous LOCASH Perform At National Christmas Tree Lighting
Next Tim McGraw To Perform In Cuba