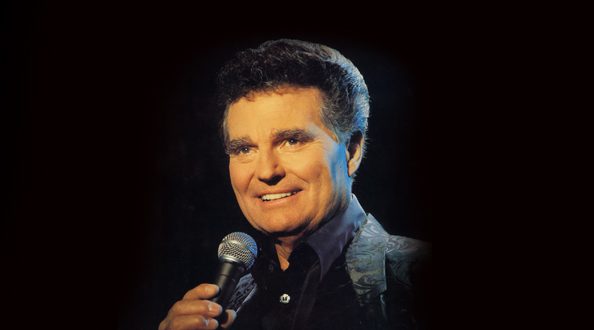 Award-winning country music hit-maker Leroy Van Dyke, who was inducted into the Grand Ole Opry on October 20, 1962, is set to mark the anniversary of that accomplishment with an appearance on the Opry’s Thursday night show Opry Country Classics at the Ryman Auditorium Thursday, October 19.

“After six decades in the music business, I’m still so proud of the day I became a Grand Ole Opry member, an incredible personal highlight and career milestone,” Van Dyke says. “I have always felt at home among my family, friends, and fans there, and I look forward to returning to the Ryman stage where I made my Opry debut and was first introduced as an Opry member.”

Known for his unique, unmistakable music that captivated audiences upon entering the music scene in the mid-1950s, Van Dyke has recorded some of the biggest songs of all time, including his debut single, “The Auctioneer,” which instantly became a multi-million seller, and the worldwide smash, “Walk on By.” The 1961 hit spent 19 weeks at the No. 1 spot and an incredible 42 weeks on the chart. Being named Billboard’s No. 2 Greatest All-Time Country Song based on sales, number of plays and number of weeks on the chart, it has withstood the test of time.

After more than 60 years in the business, he shows no signs of slowing down still booking appearances of The Leroy Van Dyke Country Gold Tour. Bringing traditional country music to fans all over the world, the one-of-a-kind show, by definition, is a classic country show featuring artists who have had million sellers, multiple top ten recordings, or massive television exposure. Van Dyke opens the show then emcees the event as his seven-piece band backs the rest of the presentation.

Previous PAUL BOGART RELEASES BOOT SCOOTIN’ VIDEO FOR “ALL THAT COWBOY JAZZ”
Next Bonnaroo Names More Than 30 Recipients of 2017 Grants; 26 in Tennessee