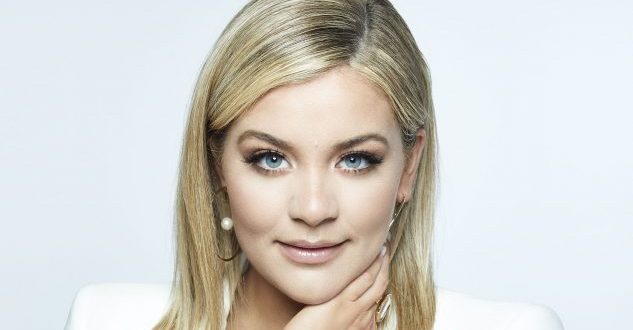 Lauren Alaina has announced her 2022 headlining tour. Alaina will kick off her Top of the World Tour presented by Maurices on February 24. The tour will include a stop here in Nashville at the Brooklyn Bowl on April 14th. Joining Alaina on the Top Of The World Tour will be special guest Spencer Crandall.

“After two long years, I am so excited to get back on the road for my second headlining tour,” said Alaina. “My fans have continued to support me even when we weren’t able to be in the same room together. I’m on Top Of The World thinking about being back on stage, face to face, with the people who got me here.”

“We are proud to be the presenting sponsor of Lauren Alaina’s tour, with Lauren styled in her favorite Maurices outfits,” states David Kornberg, Maurices Chief Executive Officer. “Our customers love country music. Lauren’s tour locations and her mission align strongly with our core purpose of making a positive difference in the lives of women who are the heart of our hometowns.”

The tour is in support of her No. 1 debuting album Sitting Pretty on Top of the World which includes her current hit single “Getting Over Him” featuring Jon Pardi as well as the RIAA Gold-certified “Getting Good” featuring her friend and mentor Trisha Yearwood. The Top of the World Tour presented by Maurices is the follow-up to her SOLD OUT and first-ever career headlining tour, That Girl Was Me Tour, that wrapped in early 2020.

Tomorrow, December 7, her inspirational book, Getting Good At Being You will be released wherever books are sold.

Music editor for Nashville.com. Jerry Holthouse is a content writer, songwriter and a graphic designer. He owns and runs Holthouse Creative, a full service creative agency. He is an avid outdoorsman and a lover of everything music. You can contact him at JerryHolthouse@Nashville.com
Previous LISTEN: Maggie Rose Covers Carole King’s “I Feel the Earth Move”
Next Luke Combs Goes 3X Platinum