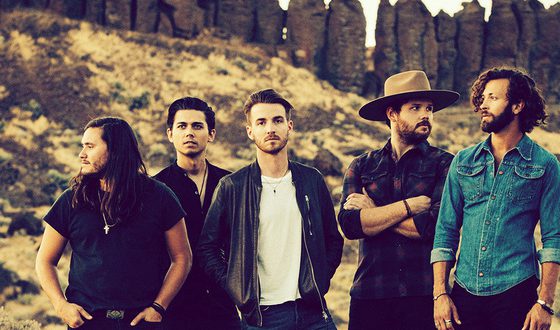 LANCO Tops The Charts This Week With ‘Hallelujah Nights‘

Platinum selling breakthrough band LANCO claims the No. One spot on Billboard’s Top Country Albums chart this week with Hallelujah Nights, marking the first Country band to open at No. One with a debut album since Lady Antebellum in 2008. Featuring their two-week No. One hit “Greatest Love Story” and their new single “Born To Love You.”

“Over the past five years we wanted to ride this dream as far as it would go and it’s hard to find the words to describe our debut record at the top of the chart,” said lead singer Brandon Lancaster. “We couldn’t be more grateful to see people gravitating towards these new songs that represent who we are, and its been wild to see these crowds sing every line back to us.”

Rooted in the southern storytelling of Country music with the modern punch of rock & roll, Hallelujah Nights is LANCO’s coming-of-age debut album. They are now the only Country band to achieve a PLATINUM single prior to a debut album release, with the two week No. One “Greatest Love Story.” LANCO’s story begins in the small towns where all five bandmates — Lancaster, bassist Chandler Baldwin, multi-instrumentalist Jared Hampton, drummer Tripp Howell and lead guitarist Eric Steedly — were raised. After they crossed paths in Nashville during their early 20s, LANCO bonded over that shared southern adolescence, while hoping to build a new life in a bigger city.

Previous Brett Eldredge Teams Up With Lyft And St. Jude To Fight Cancer
Next Guitar Hero Tommy Emmanuel Coming To The Ryman Auditorium