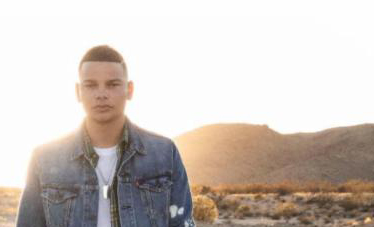 The Music Business Association (Music Biz) will present platinum-selling, progressive Country artist Kane Brown with a Breakthrough Artist Award at the Music Biz 2019 Conference’s Awards & Hall of Fame Dinner on Tuesday, May 7 at the JW Marriott Nashville. The Award is presented to artists who have truly emerged and made a particularly significant impact on the music scene in the past year, and who are poised to propel to stellar new heights. Brown, who will be honored alongside fellow 2019 Breakthrough Artist Bebe Rexha, joins the ranks of past winners including Julia Michaels, Ariana Grande, Sam Hunt, Meghan Trainor, Halsey, Maren Morris, Lukas Graham, Nicki Minaj, John Legend, Carrie Underwood, and The Killers, among others.

“With a sound uniquely his own, Kane Brown blends traditional southern musicianship with youthful, contemporary lyrics that distinguish him as a driving force in the revitalization of Country music,” explains Music Biz President James Donio. “Kane has already achieved so much at the age of 25, and with his Kane Brown: Live Forever Tour kicking off in the new year, there’s no sign of him stopping any time soon.”

The 3-time AMA winner continued to break records and accrue accolades during a milestone 2018, including his selection by The Associated Press as one of 2018’s Breakthrough Entertainers of the Year and the No. 1 Billboard 200 release of his sophomore album, Experiment. With Experiment’s chart-topping debut, Brown became the only male country artist in more than 24 years to debut at the top of the Billboard 200 Chart with a sophomore release, and only one of three country artists to top the Billboard 200 chart in all of 2018.

Brown recently topped the airplay charts with “Lose It”, his third consecutive No. 1 single at country radio. “Lose It” follows chart-topping hits “What Ifs” and “Heaven,” which is nominated for Country Song of the Year for the 2019 iHeartRadio Music Awards. Brown’s current single, “Good As You” impacted country radio this week as the No. 1 most-added song.

Music Biz 2019 will return to Nashville May 5-8 at the elegant JW Marriott in the heart of downtown Nashville. The music industry’s premier event, Music Biz offers a platform for the commerce, content, and creative sectors to network, get on the cutting edge of the latest trends, and meet with trading partners. Announced in addition to Bebe Rexha, Sony Music Nashville Chairman and CEO Randy Goodman will receive the Presidential Award for Outstanding Executive Achievement and Record Archive owners Richard Storms and Alayna Alderman will accept the Independent Spirit Award during the Music Biz Awards & Hall of Fame Dinner on Tuesday, May 7. The dinner event is sponsored by BuzzAngle Music, City National Bank, Jammber and TiVo.

More program and awards announcements will be made in the coming weeks. For the most up-to-date conference information, visit musicbiz2019.com . To register for the 2019 event, go to musicbiz2019.eventbrite.com .

Music editor for Nashville.com. Jerry Holthouse is a content writer, songwriter and a graphic designer. He owns and runs Holthouse Creative, a full service creative agency. He is an avid outdoorsman and a lover of everything music. You can contact him at JerryHolthouse@Nashville.com
Previous Star Studded Loretta Lynn Birthday Celebration at Bridgestone This April
Next Legendary Songwriter “Whitey” Shafer Passes