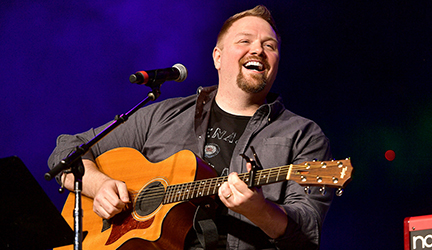 The writers and publishers of country music’s most-performed songs of the past year will be honored by the American Society of Composers, Authors and Publishers (ASCAP) and it all started yesterday. The 59th Annual ASCAP Country Music Awards once again celebrate the genre’s best and brightest creatives in a special virtual format across all social media platforms. Using the hashtag #ASCAPAWARDS, exclusive winner photos, videos, acceptance speeches and a surprise or two will be posted to @ASCAP on Facebook, Twitter and Instagram, giving fans, friends and industry peers a front row seat to the special event. Dedicated posts for each winning song will be rolled out on @ASCAP social media each day through November 10.

Celebrated hitmaker Josh Osborne is named ASCAP Country Music Songwriter of the Year for the first time for eight chart-topping songs, including “7 Summers,” “Beers and Sunshine,” “Breaking Up Was Easy in the 90’s,” “Happy Anywhere,” “Hard to Forget,” “How They Remember You,” “Next Girl” and “Nobody But You.” The honor brings Osborne’s total number of ASCAP Awards to 35, including Song of the Year wins in 2015, 2018 and 2020. George Strait, one of Osborne’s biggest influences, shared news of the win with Osborne in an exclusive video to be featured on @ASCAP social media.

Ashley Gorley’s chart-topping “One of Them Girls” (recorded by Lee Brice) receives ASCAP Country Music Song of the Year honors. ASCAP social media will share Gorley’s award acceptance for the certified platinum single, which hit #1 on the Billboard Country Airplay chart, along with kudos from Brice and several of the song’s publishers.

Sony Music Publishing wins Publisher of the Year for the first time since 2012. Their winning songs included “Breaking Up Was Easy in the 90’s” (Sam Hunt), “Hole in the Bottle” (Kelsea Ballerini), “Lady” (Brett Young) and “Things a Man Oughta Know” (Lainey Wilson). SMP CEO Nashville, Rusty Gaston, will appear on @ASCAP social media thanking their songwriters and staff.

The social media event will also include a celebration of the life of Connie Bradley, former head of ASCAP Nashville. A beloved music industry trailblazer who passed away earlier this year, Bradley served more than three decades at ASCAP, rising to Senior Vice President and head of their Nashville office at a time when women filled very few top leadership positions in the music industry. The video tribute features remembrances from country stars Wynonna Judd, Trisha Yearwood, Amy Grant and more.

Music editor for Nashville.com. Jerry Holthouse is a content writer, songwriter and a graphic designer. He owns and runs Holthouse Creative, a full service creative agency. He is an avid outdoorsman and a lover of everything music. You can contact him at JerryHolthouse@Nashville.com
Previous Breland Makes His Opry Debut
Next Don McLean’s American Pie Celebrates 50 Years