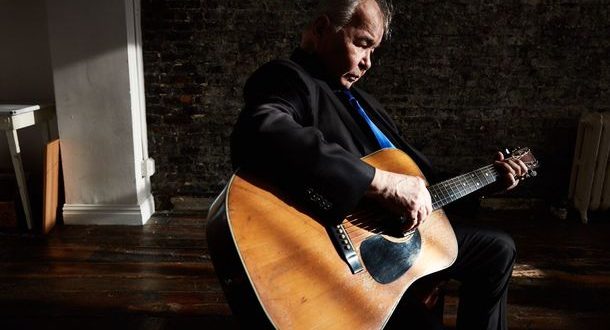 John Prine To Be Honored With Lifetime Achievement Award

Almost 50 years into his remarkable career, John Prine will be honored by the Recording Academy as one of their 2020 Lifetime Achievement Award recipients.The latest accolade adds to a monumental series of years for Prine following the release of his critically acclaimed album, The Tree of Forgiveness—out now on Oh Boy Records (purchase/stream here). Produced by Grammy Award winning producer Dave Cobb, the album is Prine’s first release featuring new material in over 13 years and debuted at #5 on the Billboard 200 chart with over 54,000 equivalent albums sold in its first week—a career high chart position and sales week for the legendary singer, songwriter and performer. The album also debuted at #1 on Billboard’s Americana/Folk Albums chart, #2 on Billboard’s Country Albums chart and #2 on Billboard’s Rock Albums chart.

Adding to his remarkable year, Prine was officially inducted into the Songwriters Hall of Fame earlier this spring, received three GRAMMY nominations and received two awards at the 2019 Americana Music Association Honors & Awards: Album of the Year (The Tree of Forgiveness) and Song of the Year (“Summer’s End” written by Prine and Pat McLaughlin).

A two-time Grammy-winner, Prine is among the English language’s premier phrase-turners. Almost 50 years into a remarkable career that has drawn effusive praise from Bob Dylan, Kris Kristofferson, Bonnie Raitt, Roger Waters, Tom Petty, Bruce Springsteen, Sturgill Simpson, Emmylou Harris, Prine’s ability to speak to the everyday experience of ordinary people with a simple honesty has become his trademark. He is a Nashville Songwriters Hall of Fame member and a PEN New England Lyrics Award recipient whose classic debut album, simply titled John Prine, is recognized as part of the Recording Academy’s Grammy Hall of Fame and whose songs have been recorded by Johnny Cash, Carly Simon, Bette Midler, Bonnie Raitt, Norah Jones, George Strait, Miranda Lambert, Zac Brown Band and many others.

Following the 2015 death of his friend and business partner Al Bunetta, Prine is now President and sole owner of Oh Boy Records. He lives in Nashville, TN with his wife, Fiona, and enjoys spending time with their three sons, a daughter-in-law and his grandchildren.

Music editor for Nashville.com. Jerry Holthouse is a content writer, songwriter and a graphic designer. He owns and runs Holthouse Creative, a full service creative agency. He is an avid outdoorsman and a lover of everything music. You can contact him at JerryHolthouse@Nashville.com
Previous Dustin Lynch Gives Back For Christmas
Next The String Cheese Incident Returns To Nashville