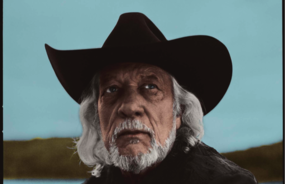 Legendary country artist John Anderson returns with his new album Years, to be released April 10 on Easy Eye Sound (pre-order). Produced by Dan Auerbach and David “Fergie” Ferguson, the album includes ten new original songs as well as special guest appearance by Blake Shelton on the track “Tuesday I’ll Be Gone.” In advance of the release, the album’s title track is premiering today — watch the official music video, directed by Josh Bishop, Above.

Created in the midst of a serious health crisis, Years is the product of the unlikely and, ultimately, richly rewarding collaboration between Anderson with Auerbach, who wrote all ten songs on the album together along with help from Paul Overstreet, Pat McLaughlin, Ferguson, Dee White, Joe Allen, Bobby Wood and Larry Cordle. 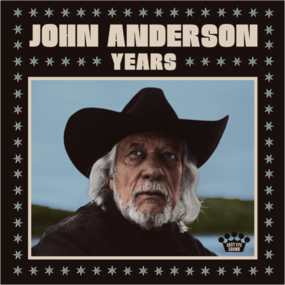 It began when Auerbach called Anderson simply as a fan, but when Anderson, Auerbach and Ferguson later met, they clicked as a unit immediately. On the spot, Anderson accepted an invitation to write the next day, which resulted in “Years”—the title track and emotional centerpiece of the album. Although he prefers not to go into details with regards to his health, Anderson’s remarkable recovery has become his testimony and it’s with Years that this testimony is told.

“We went in the studio, and I remember saying, ‘I’m going to do this like it might be my last,’” Anderson offers, “It still could be, but now the chances of that are getting slimmer and slimmer every day. I’m doing better so I’m not hardly thinking that way anymore.” He adds, “There’s a few things that I came out of this whole deal better with. Part of it is my love for music and part of it is my appreciation for my family. But the biggest part is knowing that I might die here any minute, for who knows what reason, but I know that the good Lord already came down and touched me. There’s not a doubt in my mind.”

Auerbach furthers, “I booked the session and here I’ve got a room full of musicians, and I really didn’t know if he was going to be able to hear in the headphones. But we got him behind the microphone, he started singing and it was pure magic. His voice is like caramel magic coming out of those speakers. John will sing it as many times as you want. He wants it to be great, but the thing is, once he starts singing, it’s almost right there, right from the first lick. I feel incredibly lucky that I even had to the opportunity to make a record with John Anderson, let alone have all this meaning to it.”
In celebration of the album, Anderson will join Blake Shelton on his “Friends & Heroes” arena tour this winter, including stops at Portland’s Moda Center, Los Angeles’ The Forum and Detroit’s Little Caesers Arena among others. See below for complete details. Additional tour dates to be announced.

A Nashville Songwriters Hall of Fame inductee and beloved member of the country music community, Anderson has enjoyed 60 charting singles in four consecutive decades including five No. 1 songs: “Wild and Blue,” “Swingin’,” “Black Sheep,” “Straight Tequila Night” and “Money in the Bank.” Originally from Apopka, Florida, Anderson now lives outside of Nashville with his wife of over 25 years, with whom he shares two daughters.

Music editor for Nashville.com. Jerry Holthouse is a content writer, songwriter and a graphic designer. He owns and runs Holthouse Creative, a full service creative agency. He is an avid outdoorsman and a lover of everything music. You can contact him at JerryHolthouse@Nashville.com
Previous Dustin Lynch Puts Middle Tennessee On The Map
Next Phil Vassar Gets “Stripped Down”