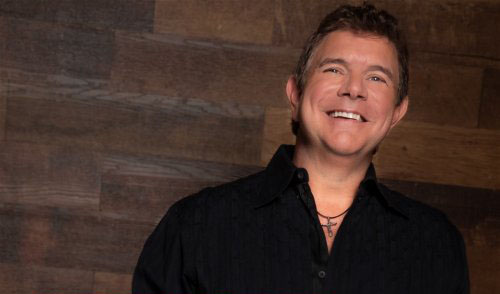 The album’s title track is dedicated to essential workers and was inspired by the lifelong values instilled in Brown that center around family, country and God. “The single, ‘Never Quit Never Does,’ pays tribute to our frontline heroes and their unceasing efforts in the fight throughout the pandemic; it also honors the hard work, strength and resilience of my grandfather who helped ignite a spirit of endurance in my dad. Their legacy continues through my music,” he says.

The project also features the talents of ACM Award-nominated keyboardist Jeff McMahon and powerhouse bass player John Marcus. Both are celebrated musicians that performed on landmark recordings with singer Tim McGraw, including the GRAMMY-winning single “Live Like You Were Dying” and other chart-toppers including the number one hits “Real Good Man,” “Watch the Wind Blow By” and “Southern Voice.”

In addition to touring and recording, Jim Brown is known for his longtime commitment of giving back and shining the spotlight on worthy causes. Organizations he’s supported include the Downs Syndrome Association of Middle Tennessee, St. Jude Children’s Research Hospital, The Peterson Foundation for Parkinson’s and the Darryl Worley Cancer Treatment Center to name a few.

Music editor for Nashville.com. Jerry Holthouse is a content writer, songwriter and a graphic designer. He owns and runs Holthouse Creative, a full service creative agency. He is an avid outdoorsman and a lover of everything music. You can contact him at JerryHolthouse@Nashville.com
Previous Hailey Whitters Named 2021’s Inaugural Opry NextStage Artist
Next Bluebird Cafe & The Ryan Seacrest Foundation Team Up For Pediatric Patients