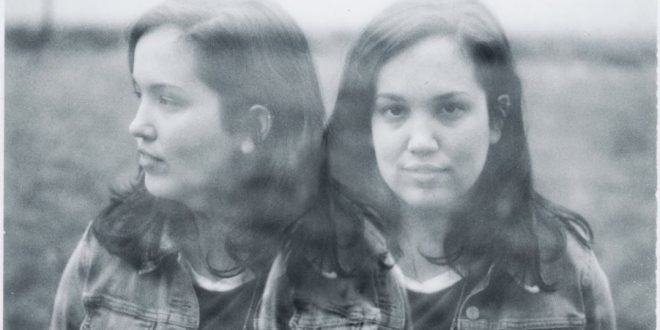 From the dreamy, confessional indie-rock that fills her newest release, Bad Actor, to the bluegrass and old-time roots music that soundtracked her upbringing in small-town Pennsylvania, Jen Starsinic has spent much of her 20s in a whirl of evolution. She’s been a frontwoman, a side musician, a songwriter, and a top-tier instrumentalist.

As her music has deepened and diversified, so has her understanding of her own emotional makeup — an understanding that’s been shaped not only by the onset of adulthood, but also by her time taking care of a sick parent, navigating the twists and turns of modern-day romance, making a new home in Nashville, and taking a hard look at her anxieties. Bad Actor shines a light on that period of personal and musical growth, reintroducing Starsinic as a songwriter whose folk roots have blossomed into something bigger, bolder, and far more amplified.

“I grew up playing fiddle in bluegrass bands,” she says. “In my heart, I’ll always be a folk writer, because what that means to me is a musician who writes truthfully about her own experience. But I also love weird pop music, indie-rock, and dream-pop. I’ve always wanted to be in rock bands. The opportunity had just never been presented before…so I made my own.”

Starsinic began writing the bulk of Bad Actor’s songs in Nashville. She’d moved to town in 2014, having already cut her teeth in the old-time music communities of Pennsylvania and West Virginia. A graduate of the Berklee School of Music, she had also earned her stripes as a road warrior by joining the touring lineups of several bands, including the David Mayfield Parade. Moving to Nashville gave Starsinic the chance to concentrate more on her own music, and The Flood and the Fire — her critically-acclaimed debut as a solo artist, featuring cameos by icons like Molly Tuttle (IBMA’s Guitarist of the Year) and clawhammer banjoist Allison de Groot— was released the same year she relocated to Tennessee.

As she began to settle into Nashville life, though, she found herself drawn back to Pennsylvania, where her father was busy battling a life-threatening liver disease. She became one of his primary caretakers, traveling back and forth between her childhood stomping grounds and her new home. It was difficult to find time for herself — time to focus on her own mental health — when she was investing so much effort in being somebody else’s support system.

Something needed to change. Starsinic began going to therapy, examining her past relationships, and experiencing an adult coming-of-age, while also updating her own art to reflect those changes within.

“This record is really about learning to face ingrained, self-destructive habits with compassion, understanding, and genuine curiosity about where they came from, accompanied with accountability,” she says. “It’s about learning to admit to yourself that you’re not being who you really are, and allowing yourself to change.”

Those personal changes are reflected in the evolution of her music. Nowhere is Jen Starsinic’s artistic growth more evident, though, than on the EP’s final track, “Foreign Thing.” Originally released as a straightforward folksong on 2014’s The Flood and the Fire, the tune receives a musical makeover on Bad Actor, dressed up with an anthemic, cathartic arrangement that sweeps and soars. The idea to re-record “Foreign Thing” arrived one night in Nashville, after watching a friend’s rock band cover the song at a local show. Struck by the group’s new interpretation of a familiar track, Starsinic chose to revisit it in the studio. The result is an atmospheric recording that wraps up the EP on an appropriate note, nodding to the songwriter’s folky past while also showcasing her adventurous present.

“It’s a nice recap,” says Starsinic, who co-produced the album at The Smoakstack in Nashville. “It’s a revisiting of an older self.”

Meanwhile, the empowering themes of Bad Actor parallel Starsinic’s work with Girls Write Nashville, a non-profit organization that she co-founded in 2017. Launched as a mentorship program for teenage girls, Girls Write Nashville has provided creative musical experiences to almost 100 young female artists since its inception, encouraging those girls to identify and unleash their creative voices. It’s an organization rooted in many of the same tenets that fuel Starsinic’s own art, and it’s given her the chance to encourage the unabridged artistic development of the next generation of women.

She leads by example with Bad Actor, a record that is equal parts coming-of-age soundtrack and personal battle cry from a songwriter who refuses to be defined by her past work. There’s not a single fiddle part here. Instead, there’s a lush, newly-expanded sound from a musician once hailed as the next big voice in folk — and despite the title, Bad Actor is pretty damn cinematic.

Music editor for Nashville.com. Jerry Holthouse is a content writer, songwriter and a graphic designer. He owns and runs Holthouse Creative, a full service creative agency. He is an avid outdoorsman and a lover of everything music. You can contact him at JerryHolthouse@Nashville.com
Previous LISTEN: Umphrey’s McGee’s “Suxity”
Next Dustin Lynch Puts Middle Tennessee On The Map