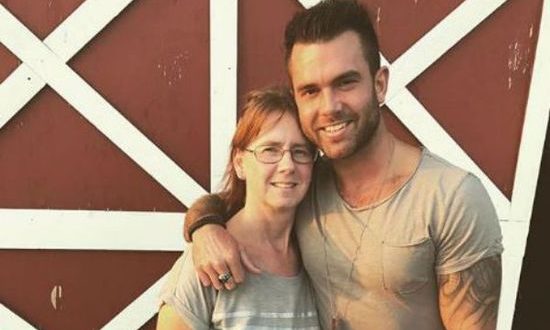 Feeling powerless while watching his mom, Sherry Rich, 54, slip away due to early-onset Alzheimer’s disease, country artist Jay Allen turned to the power of music and penned “Blank Stares”. The song is captivating the nation while raising awareness and funds to beat the devastating disease.

The touching song highlights one of the debilitating impacts of Alzheimer’s, stripping people of their ability to communicate verbally with those they love. Viral videos of Allen singing this tune to his mother on stage have exceeded 50 million views, “Blank Stares” has reached over 1 million streams across all platforms worldwide, and the singer has taken part in events which have raised millions to fight the disease.

Propelled by his family’s struggle with Alzheimer’s disease, and inspired by his mother’s strength in the face of her condition, Allen calls “Blank Stares” a song of hope that has become “a mighty tool that ultimately helps end this nightmare disease.”
Those interested in joining the effort can simply purchase “Blank Stares” through the iTunes Music Store. All proceeds from the song benefit Abe’s Garden, an Alzheimer’s and memory care center in Nashville with a nationally recognized model of care that is helping improve the lives of those with dementia, their families, and professional caregivers.

“We at Abe’s Garden are so thankful to be partnering with Jay. His heart, his voice, and his music are connecting and moving people who love someone with Alzheimer’s,” said Beth Zeitlin, Abe’s Garden Director of Marketing and Development. “The awareness and funds raised by ‘Blank Stares’ allows our organization to support families impacted by dementias across the nation.”

After encouraging the Iowa native to pursue his country artist dream in Nashville, Allen’s mother was diagnosed with early-onset Alzheimer’s at the age of 47. Seven years later, Rich struggles to remember her son or the musical gift she supported. However, Allen discovered that music provides his mother with moments of mental clarity. Therefore, to connect with and honor his mother, Allen is using his musical talent and the unique platform he’s been given to bring an end to Alzheimer’s disease.

About Abe’s Garden Alzheimer’s and Memory Care Center of Excellence
Abe’s Garden®, a not-for-profit organization, is establishing a model of residential, day, and community-based programs for those with Alzheimer’s disease. The goal is to transform care for those with Alzheimer’s and other dementias throughout the United States by providing an unprecedented level of care for individuals diagnosed with these disorders. Equally important, it is a site of research and teaching, setting a new standard for other programs and residential communities devoted to caring for our nation’s rapidly expanding senior population. For more information about Abe’s Garden and its free caregiving tools, please call 615-522-5274 or visit www.abesgarden.org.

Music editor for Nashville.com. Jerry Holthouse is a content writer, songwriter and a graphic designer. He owns and runs Holthouse Creative, a full service creative agency. He is an avid outdoorsman and a lover of everything music. You can contact him at JerryHolthouse@Nashville.com
Previous Dylan Scott Announces “Nothing To Do Town” Tour
Next Michael Ray Adds a Little Miami Heat to New Video