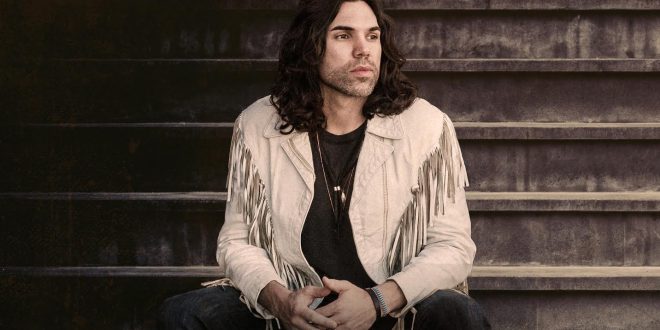 What was it like growing up on Kent Island? Did you come from a musical family?

Kent Island was a great place to grow up.  I never went a day as a kid without seeing some form of water.  Whether it was the bay, rivers, etc…  But, what’s even more special about this place are the people.  Everyone is incredibly friendly.  The music side definitely came from my Grandmother.  I would visit her and my Grandfather at their home in Frostburg, MD for a few weeks every summer.  She piqued my interest at age 4 by teaching me piano.

That would all depend which side of the family I was eating with. Lucky for me, both my Mom and Stepmom are great cooks — always had good conversation with great food.

Being from the Atlantic seaboard I am sure you have had your share of seafood. Any favorites?

What about a favorite brew? Ever cook with beer?

I have lots of favorite brews.  But I usually drank National Bohemian (Baltimore) when eating crabs.  It doesn’t get much more Maryland than that!  We would even throw some in with the crabs when they were steaming.

So who’s the biggest foodie in the band?

That would probably be me.  I’m not much of a cook, but I sure do like to try new things.

When you are out on the road, who gets to decide when and where to stop and eat?

Luckily, nobody in the band is very picky when it comes to where we eat.  However, I have been pescatarian for about four years now.  So, I prefer to go to a place that has some kind of seafood.  However, I’m not one of those people that will inconvenience others to find that.  I will find something to eat almost anywhere we go.

What’s a typical day like for you (food-wise) when you’re at home and how is that different from when you are on tour?

I gotta tell ya…my diet is very boring. Eggs and oatmeal in the morning and some sort of seafood, nuts, veggies later on.  I’ve always eaten pretty healthy for the most part.  Although, I have been CRUSHING chocolate lately.  Don’t know what that’s about… On the road, it’s pretty similar.  However, it usually turns into whatever is fast, as we’re always on the go.

Tell us about one memorable meal you’ve had during your travels.

The lobster in Hampton Beach, NH! We had that right before we opened for Slash at the Hampton Beach Casino Ballroom.  Eating lobster in New England is like eating crabs in Maryland!  Can’t go wrong.

Now that you have spent some time in Nashville, are you a fan of the “Nashville Hot Chicken” or where is your favorite place to eat and what do you order?

Ok, so I definitely made a big mistake going pescatarian BEFORE eating Nashville Hot Chicken.  I have had the hot fish though and it’s great.  One of my favorite places to eat is actually outside of the city at a small casual Italian Bistro called Bria in Bellevue.  They have this killer grilled Salmon dish, with a red pepper risotto cake, grilled asparagus, and topped with a tomato jus and capers.  Also half price bottles of wine every Wednesday and Sunday.  What’s not to like about that?!

Let’s talk about your self-titled debut album. Now that it’s out, which song on the album stands as your favorite? And why?

My favorite that stands out to me on the record would have to be “Southern Sound.”  It was the very first song we wrote for the record.  It’s a 7-minute Southern Rocker that defines who we truly are as artists.  If we only got one song to show people who we are — it’s this song.

Why did you think it was important to release it self-titled?

Although we’ve been performing for well over ten years, this is our true debut under my own name.  I wanted that to really resonate with older fans and the new ones to come.  This record is our introduction to the world, and we want people to remember the name above all.

What song on the album took the longest to complete?

What are some of the artists that you like that are outside your comfort zone? Those that don’t necessarily influence you or your music, but you happily take pleasure in listening to?

I love the whole 90’s hip hop artist scene like Nas, Biggie, Tupac, Ice Cube, etc.  Although a lot of the lyrics are nothing like what I sing about, they still had a captivating way of delivering their message.  When they spoke, you listened.  These artists created movements in a way, and it was very powerful.  Not to mention the music on their tracks had a nice groove.

What are your plans for 2018? Can we look forward to a music video or even more new music?

Lots of great things coming up in 2018 to support the new record.  We will be touring heavily, visiting the new markets that are playing our single on radio — “Before It Gets Better.”  And yes, you can definitely look forward to a music video coming out this year.  I really think track two “The Things I’ve Done’ would make a killer video.  Seems to be a crowd favorite!

Thanks so much Jason!