After almost 15 years at the top of his format, reigning ACM “Artist of the Decade” Jason Aldean has seen trends come and go. He’s helped bring a few out of the shadows, like a Country-music Columbus making the mainstream’s first contact with hard rock (“Hicktown”), hip-hop (“Dirt Road Anthem”) and R&B (“Burnin’ It Down”). But after all that time, he continues to hold his ground making modern albums with an old-school soul – announcing today that his next effort 9  (Broken Bow Records) will be released Nov. 22. Available now for pre-order at all digital retailers, today fans have access to four new songs off the upcoming album here.

“Early on I always thought if we ever got to make nine albums, I’m going to call it ‘9.’ It was my baseball number growing up, and it’s just kind of always been my lucky number,” explains Aldean. “I remember cutting the first album and thinking ‘that’s forever away,’ and now here we are. I don’t know, it’s really special we made it this far – so, it’s more for me than anybody else – but, it means a lot.” 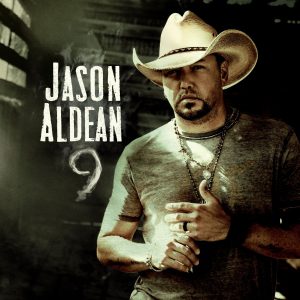 To celebrate, Aldean offers fans an immediate preview of the new album today with the release of four of its tracks. “Blame It On You” sways with a half-drunk realization that we make our own problems, “I Don’t Drink Anymore” serves a 100-proof hook, “Keep It Small Town” reminds that well-lived lives don’t have to be complicated and the album’s fiery lead single “We Back” rounds out the first-released songs, all out now at all digital partners, with “We Back” also available at radio. To listen, click here.

“When I came into Country music and made my mark, it was with a banger,” Aldean adds. “But we haven’t put out a lot of that stuff over the last couple years. So we got this song and to me it just says what it says: ‘Thought we were gone, but you’re wrong – now it’s on.’”

Music editor for Nashville.com. Jerry Holthouse is a content writer, songwriter and a graphic designer. He owns and runs Holthouse Creative, a full service creative agency. He is an avid outdoorsman and a lover of everything music. You can contact him at JerryHolthouse@Nashville.com
Previous Randy Travis To Receive ASCAP Founders Award
Next Luke Bryan Scores His 23rd Number One Single