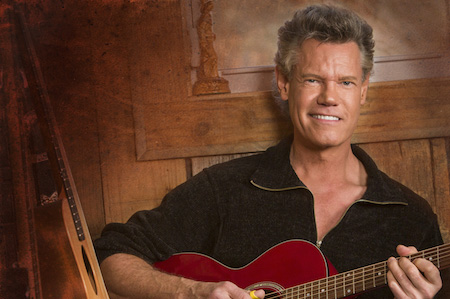 Amid a galaxy of country music stars gathered in downtown Nashville for its annual awards shows, industry VIPs will celebrate one of the brightest when Country Music Hall of Fame member Randy Travis receives the prestigious ASCAP Founders Award at the 57th annual American Society of Composers, Authors and Publishers (ASCAP) Country Music Awards. The exclusive, invitation-only gala, which celebrates the songwriters and publishers of ASCAP’s most-performed country songs of 2018, takes place on Monday, November 11 and will include special guest performances to honor Travis.

“Randy Travis is the seminal country artist of a generation,” said ASCAP Chairman of the Board and President Paul Williams. “His meteoric rise to the top of the country charts was fueled by that unmistakable baritone and a talent for traditional country music that spoke to everyone. As a new artist, Randy garnered international attention at a time when such exposure for country artists was reserved for an iconic few. His music and devotion to classic country sounds are a cornerstone in the genre and it is an honor to present him with this year’s Founders Award.”

The Founders Award is one of ASCAP’s highest honors and is presented to songwriters and composers who have made pioneering contributions to music by inspiring and influencing their fellow music creators. Each recipient is a musical innovator who possesses a unique style of creative genius, which will enrich generations to come. Previous recipients include Rodney Crowell,George Strait, Alan Jackson, Ricky Skaggs, Jackson Brown, Garth Brooks, Emmylou Harris, Tom Petty and Neil Young, among others.

An ASCAP member for almost four decades, North Carolina-born Randy Travis is an unsuspecting trendsetter who influenced the future of country music. With more than 25 million albums sold, he has collected every major music award including seven Grammys, 11 Academy of Country Music Awards, 10 American Music Awards, eight Dove Awards, five Country Music Association awards and two People’s Choice Awards. Travis has racked up 22 No. 1 singles including signature hits like “On the Other Hand,” “Forever and Ever, Amen,” “Diggin’ Up Bones” and “I Told You So,” “Look Heart, No Hands,” and “Whisper My Name.”

By the early 90s, Travis was earning roles in major motion pictures and television series including multiple episodes of “Touched by An Angel.” By the turn of the century, he focused on gospel music, immediately scoring a No. 1 Christian and country hit, “Three Wooden Crosses.”

A member of the Grand Ole Opry since 1986, Travis was inducted to the Country Music Hall of Fame in 2016 and has been honored with stars on the Hollywood Walk of Fame and the Music City Walk of Fame in Nashville. The Music of Randy Travis Tour begins on October 16 in Indianapolis, with guest vocalist James Dupré and Travis’s longtime touring band Steve Hinson, Dave Johnson, Lance Dary, Bill Cook, Joe Van Dyke and Herb Shucher, rejoining “Hoss,” as they affectionately call Travis, on the road for the first time since his stroke in 2013.

Music editor for Nashville.com. Jerry Holthouse is a content writer, songwriter and a graphic designer. He owns and runs Holthouse Creative, a full service creative agency. He is an avid outdoorsman and a lover of everything music. You can contact him at JerryHolthouse@Nashville.com
Previous Jeannie Seely To Host Third Annual Dottie West Birthday Bash
Next Jason Aldean Announces New Album